As promised here is Amsterdam; an overview of one of the cities we visited on our wonderful summer holiday this year, over the next two weeks I will show the other two parts. Since we visited four cities on our European tour, it would be too long to fit into one or even two blog stories, so I have decided to divide it all into three blog stories, with part one here being Amsterdam, part two will be Bruges and part three Brussels and Antwerp.

We flew to Amsterdam with a stop at London’s Gatwick airport for a few hours, where we had a quick full English breakfast at the airport (eggs, fries, beans, bacon, sausages and toast), yes the works and then took an EasyJet flight to Amsterdam. EasyJet is a European airline that has frequent flights to all the major cities all over Europe at very reasonable prices. We stayed in Amsterdam for three nights which I think was good enough for us. I think anywhere from 3-5 nights will work for Amsterdam depending on how detailed you want to be in your sightseeing. The hotel we chose was the Double Tree by Hilton right next to the central train station, which we found to be a very nice hotel with great rooms, an amazing breakfast buffet and a great Sky Lounge terrace on the roof with fantastic views of the whole city. The hotel is situated in a central area, pretty close to everything including canal cruises, restaurants and its right on the water. One thing that took some getting used to pretty much everywhere we went was the slow food and drink service, but then we had to remind ourselves that we are in Europe and to take it easy and enjoy.

Amsterdam’s name derives from the city’s origins as a dam of the river Amstel and the city itself is so unique and magical with canals running throughout the city, the boat cruises are so worth it and give you a great introduction and perspective of the city. This was the first thing we did on day one, we took the canal cruise for an hour to see the city from the canals which was really enjoyable. Oh did I mention there are also lots and lots of bicycles all over the city, it is their number one form of transportation and let me tell you “bikes have the right of way” so watch out for them as they will not watch out for you! You can even rent bikes to explore the city as well which looked like alot of fun but we did not opt for that as it seemed someone might get hurt!

Here are some of the places we visited over the 3 days:

We wanted to see the Ann Frank house but the line to get in was super long and we were told it was a two and a half hour wait so unfortunately we did not make it. The lines for alot of the museums were also long , but then we found the trick is to pre-purchase your tickets for the attractions at the many kiosks etc around the city. Then you can just walk to the front of the line at the attraction and go straight in.

The food was great everywhere we ate, we especially loved an Italian restaurant called “Italia Oggie” and we also had some yummy Thai food at the Bird Thai Restaurant. Thai food is very popular in Amsterdam. The shopping was also pretty good, it is not exactly Paris or London, but you can find some nice little boutiques here and there and I managed to buy my first fall booties there which I love. I also bought another pair of G Star Raw jeans, I have a pair that I love that I bought years ago in Spain. I had no idea that G Star Raw is manufactured in Amsterdam, so there was a store on every corner and the prices were a lot cheaper than here, almost half in some cases.

I also have to mention the famous “coffee shops” in Amsterdam which are not where you get your coffee; they supply a variety of marijuana for smoking or ingesting in baked goods or sweets. Mariujuana is completely legal in Amsterdam and you smell and see people smoking it freely in the streets.

Overall I loved Amsterdam, it’s such a beautiful city, I would highly recommend it to anyone who is thinking of visiting. The only thing I didn’t like about the city was its “Red Light District”. Not only is prostitution completely legal there, but it is displayed in such a dehumanizing way to women. When you walk in this area, you see provocative and scantily clad women behind shop windows beckoning and waiting for customers. You can’t really miss it because it is right in the center of town and it is a harsh contrast to the rest of the beauty of Amsterdam.

I hope you enjoyed this quick recap and if any of you are thinking of traveling to Amsterdam and want to ask me more questions, you can email me at nora@jacketsociety.com and I will be happy to help. Also if you have been to Amsterdam and want to share your experience I would love to hear about it in the comments. You can see some of our photos below.

Last but not least don’t forget to take advantage of our “End of Summer” sale where you can get 20% off when you spend $100.00 or more with adding code EOS2015 at checkout. This sale will end at the end of Labor Day weekend, September 7th, so you have another couple of weeks. 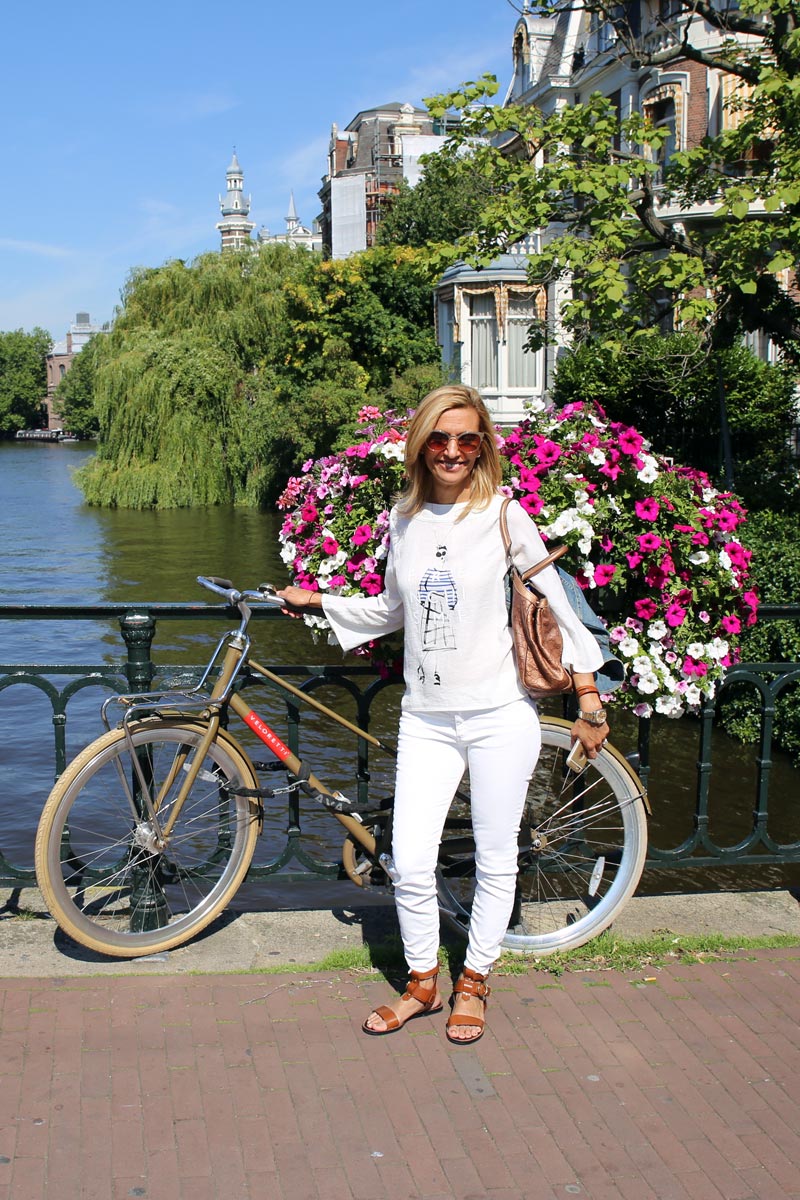 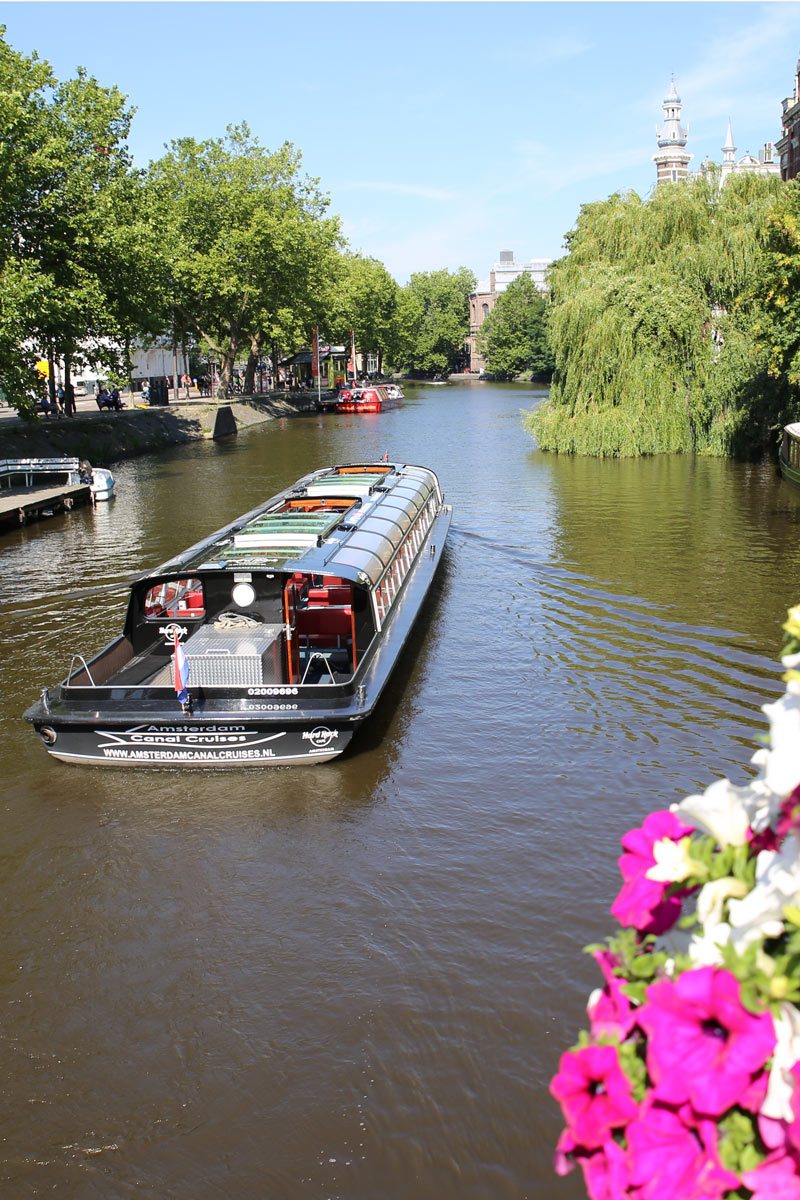 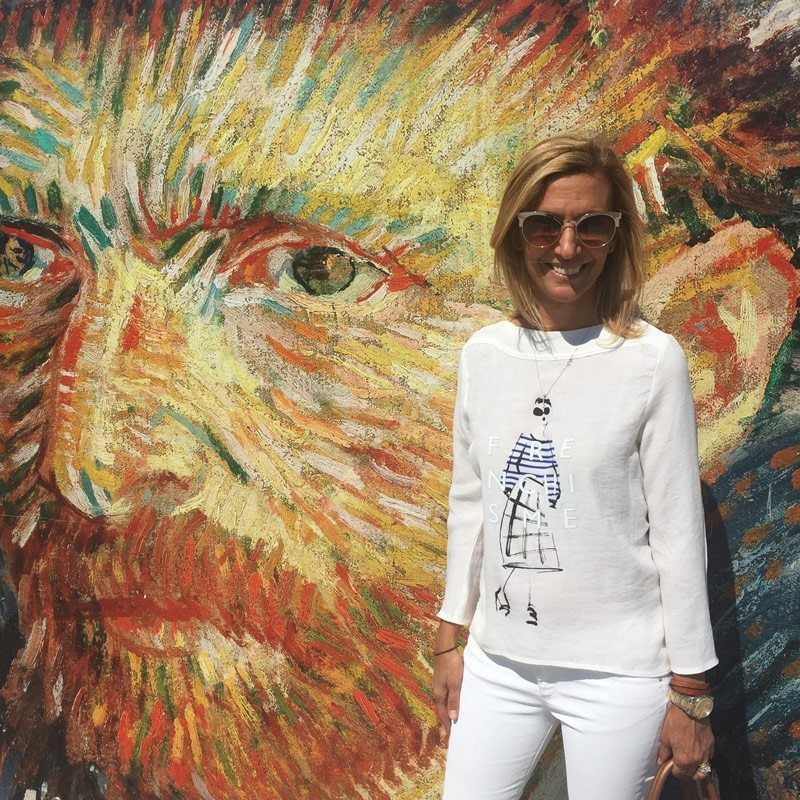 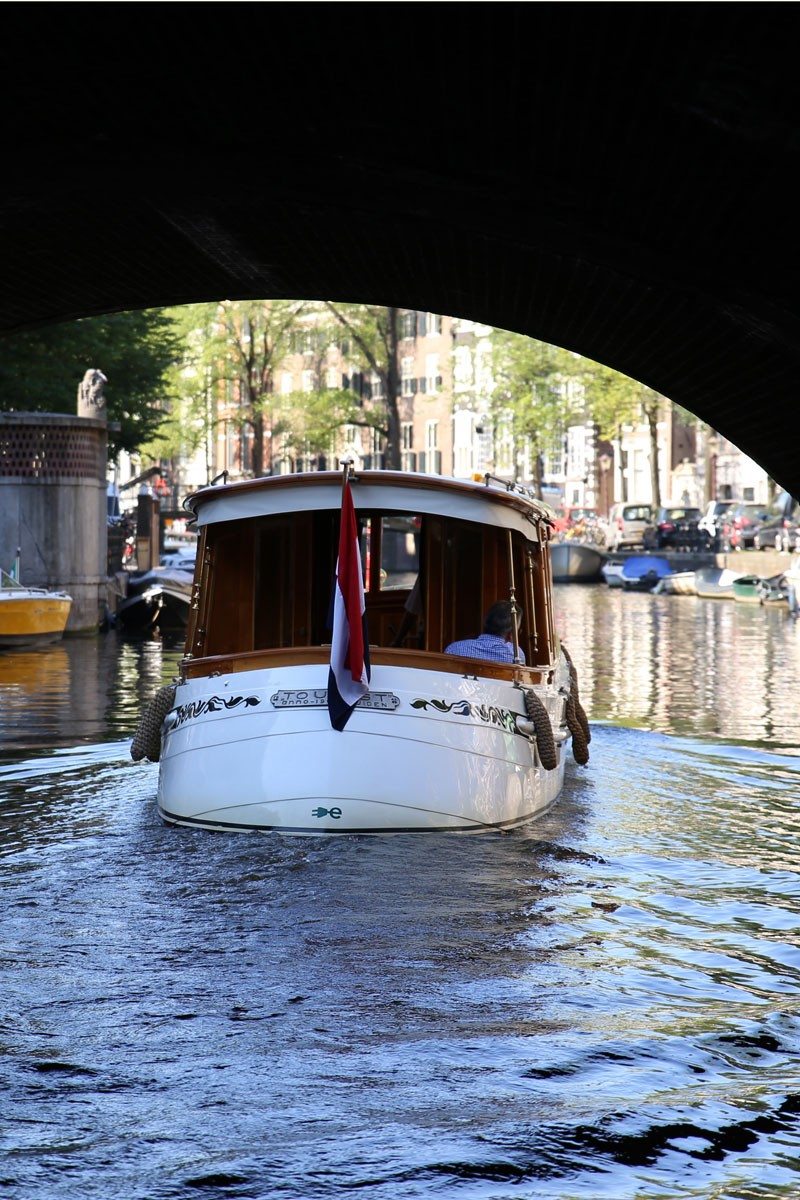 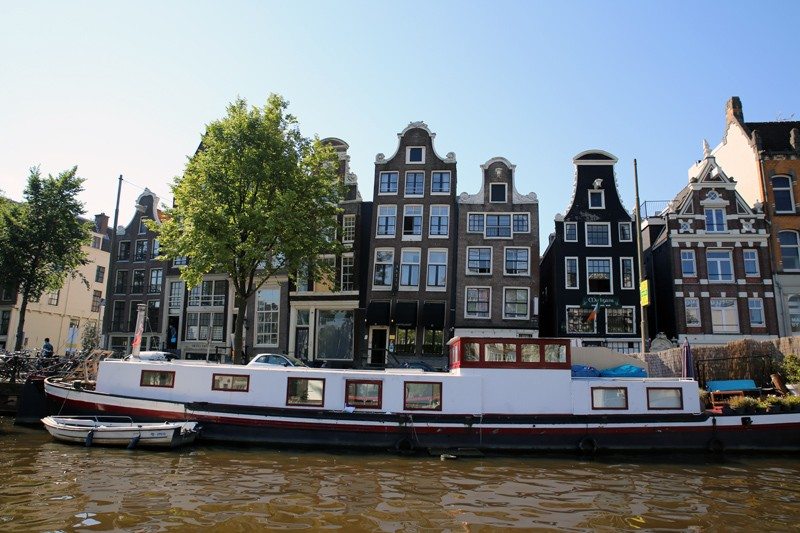 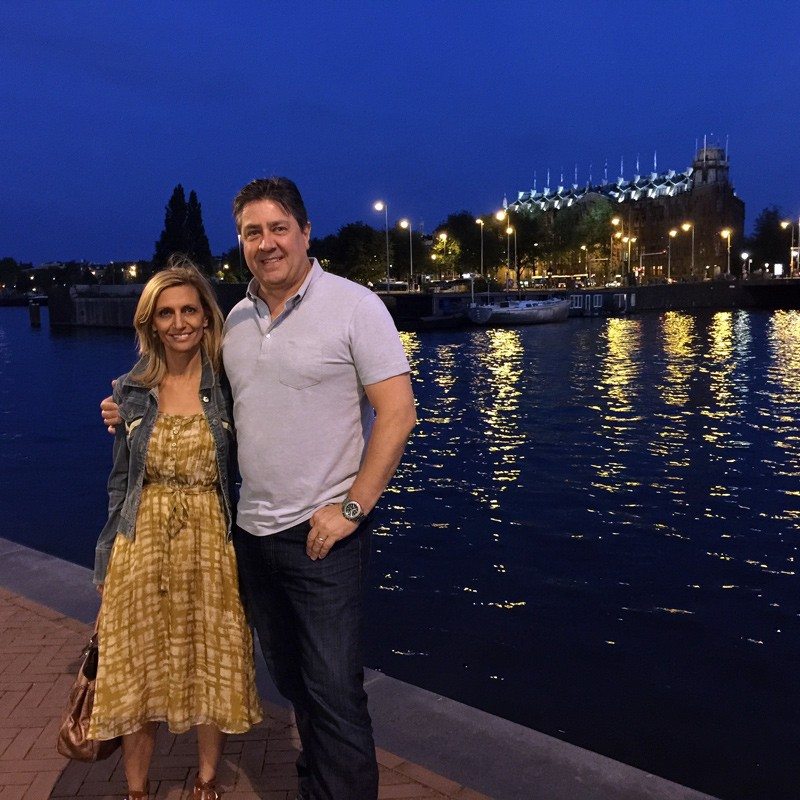 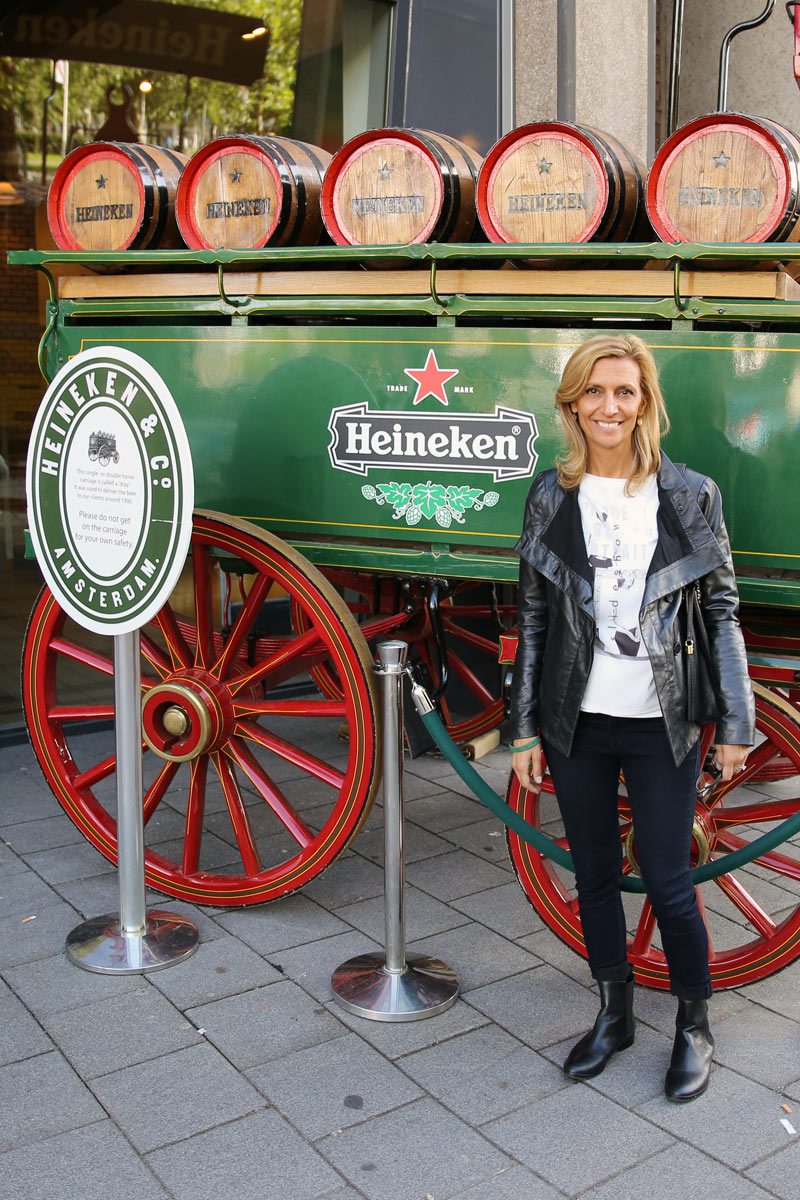 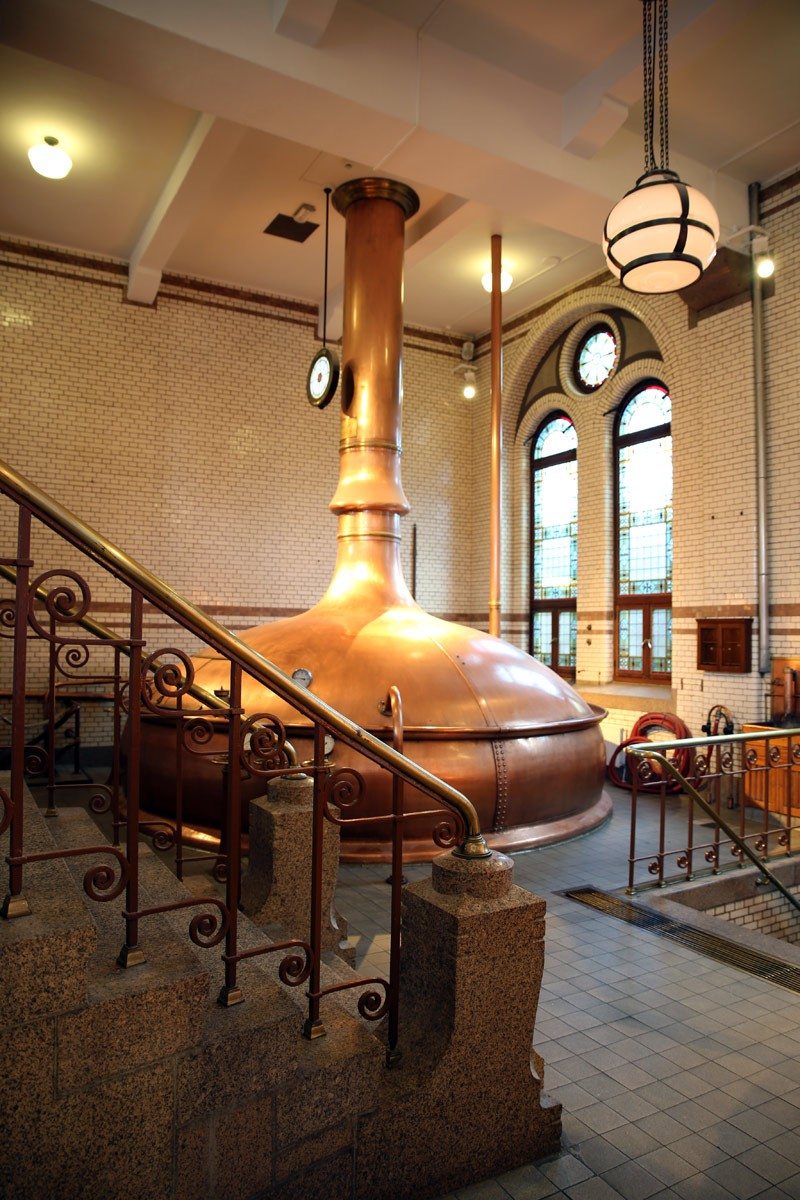 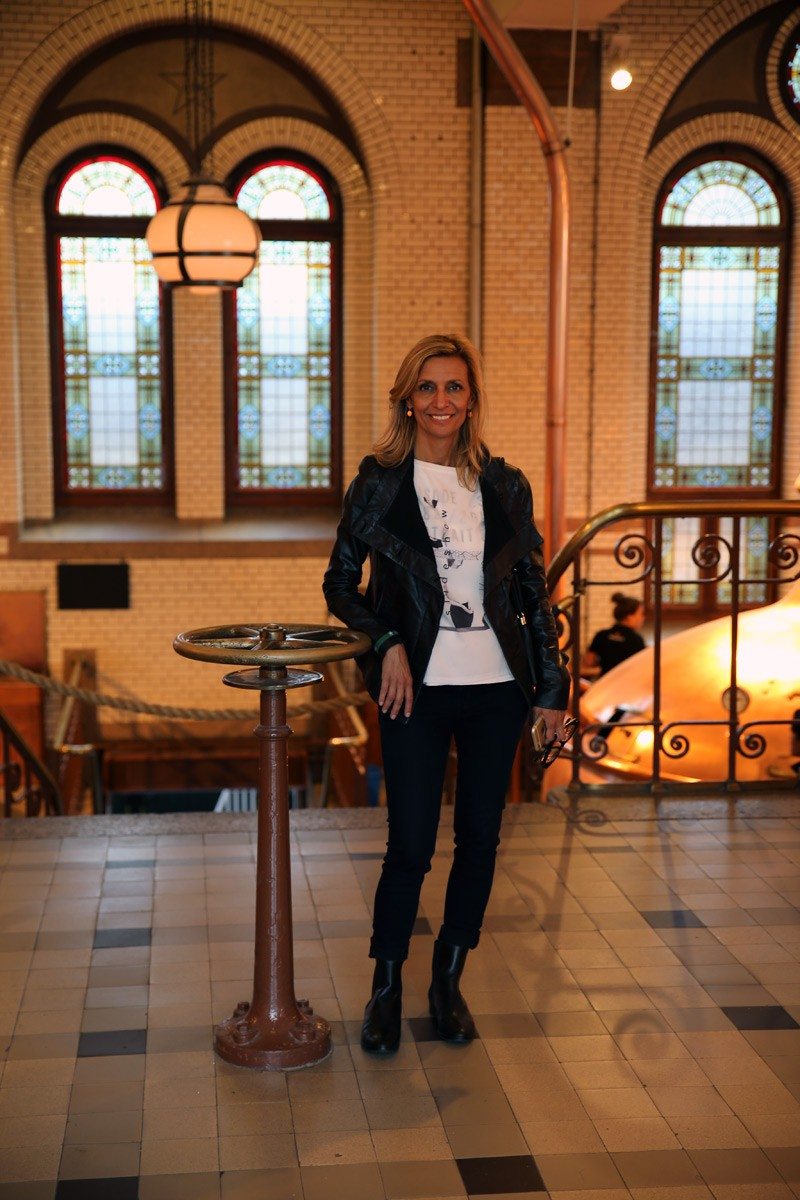 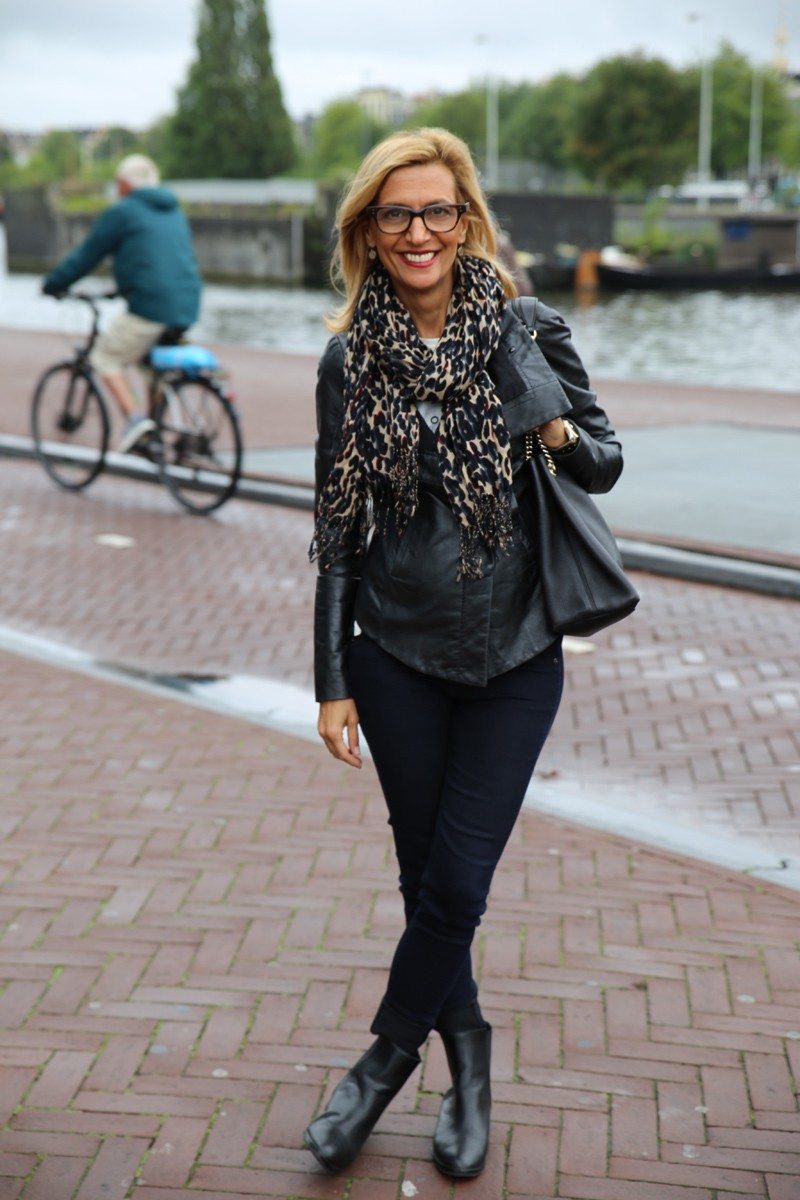 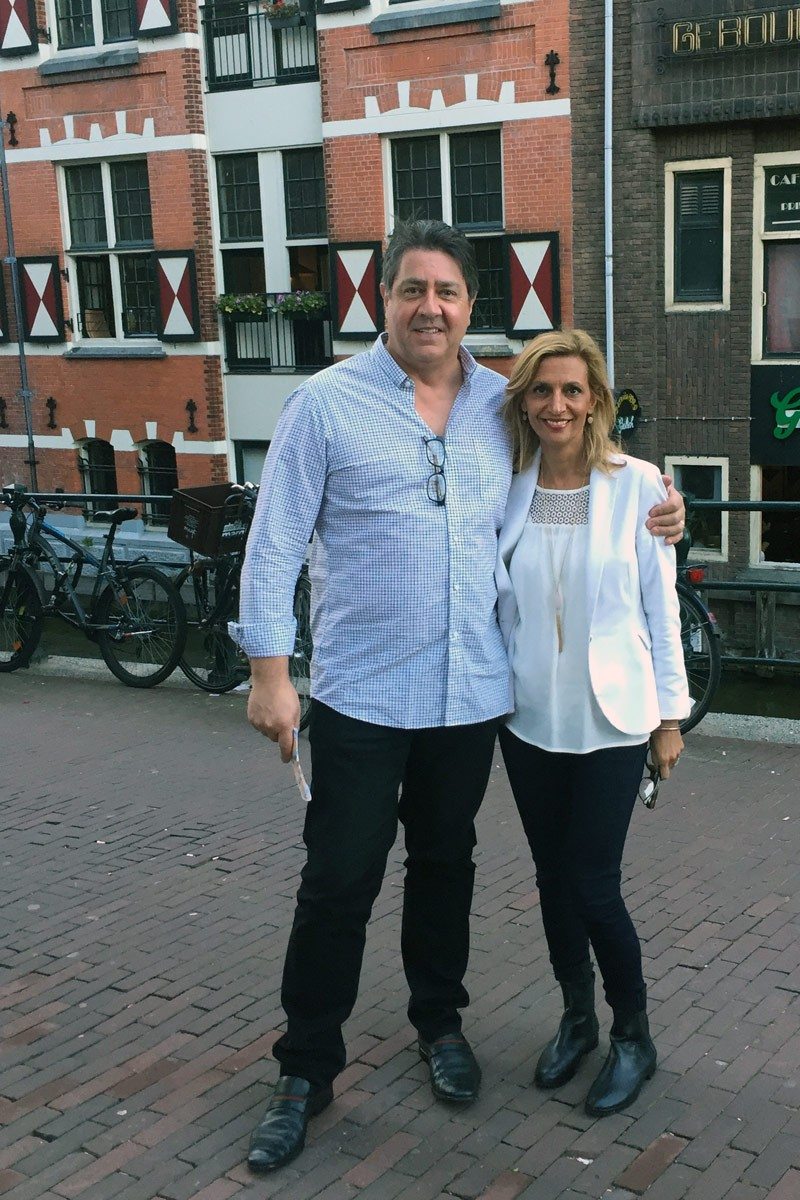 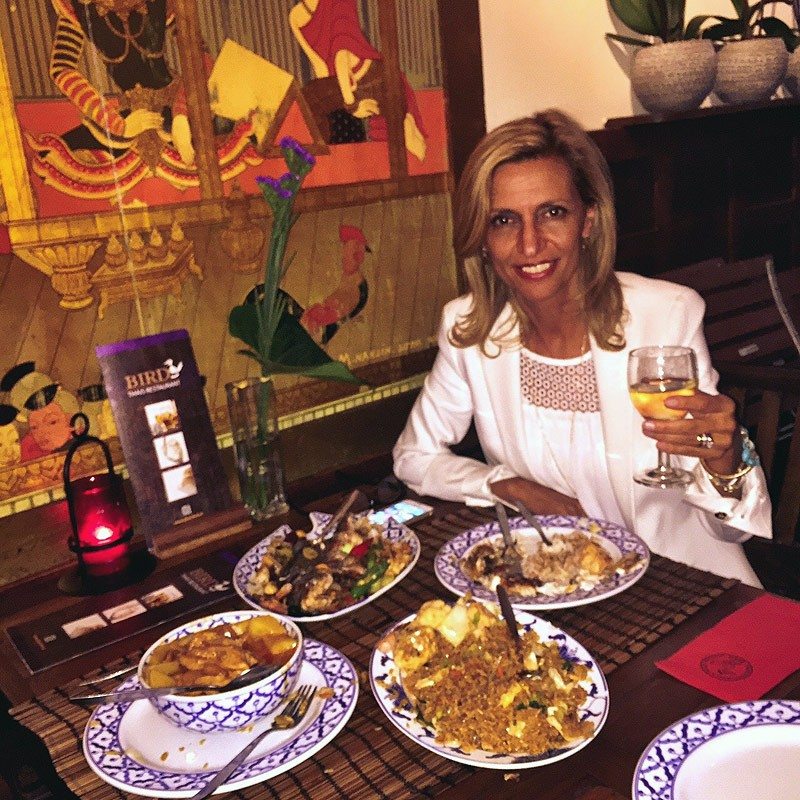 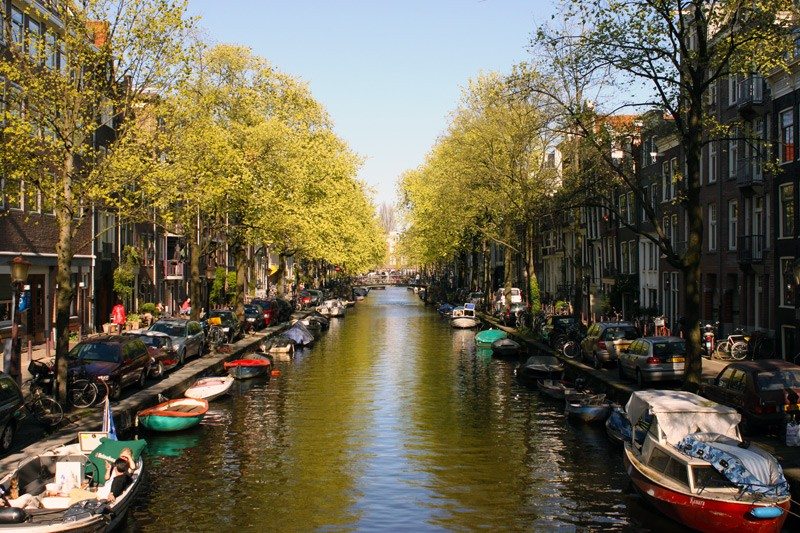 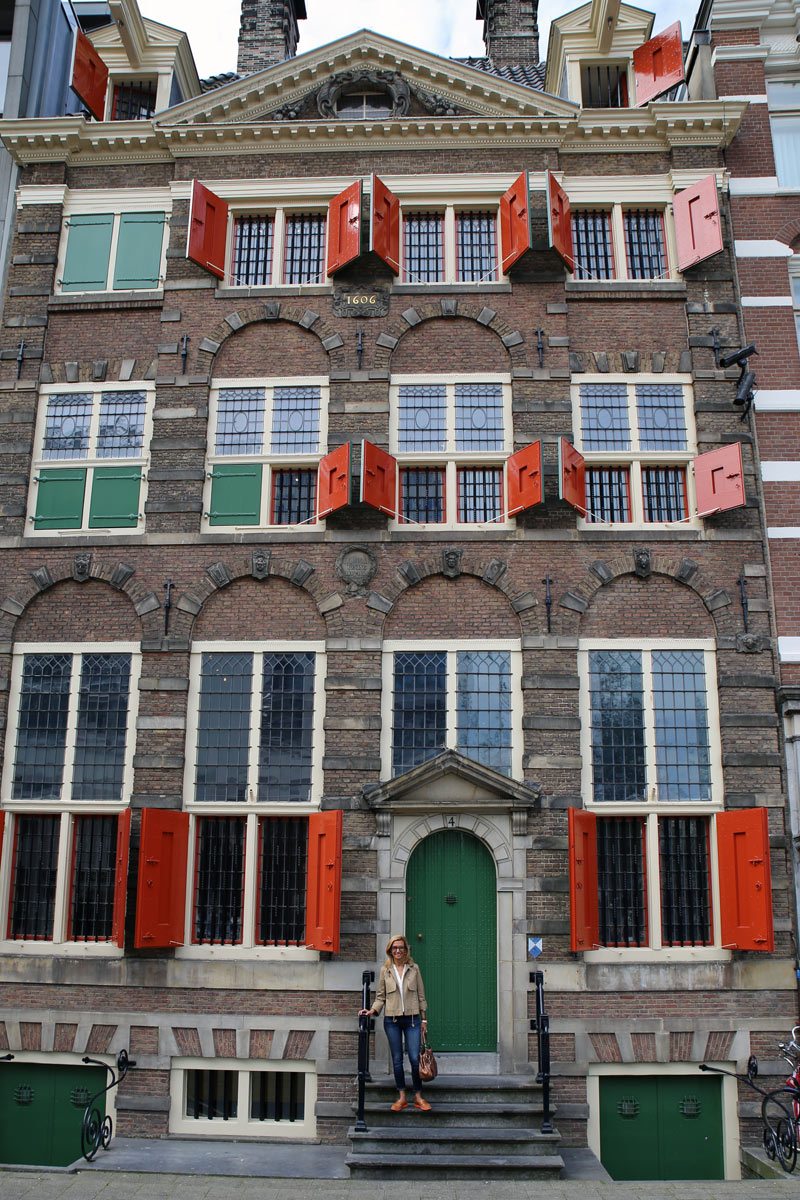 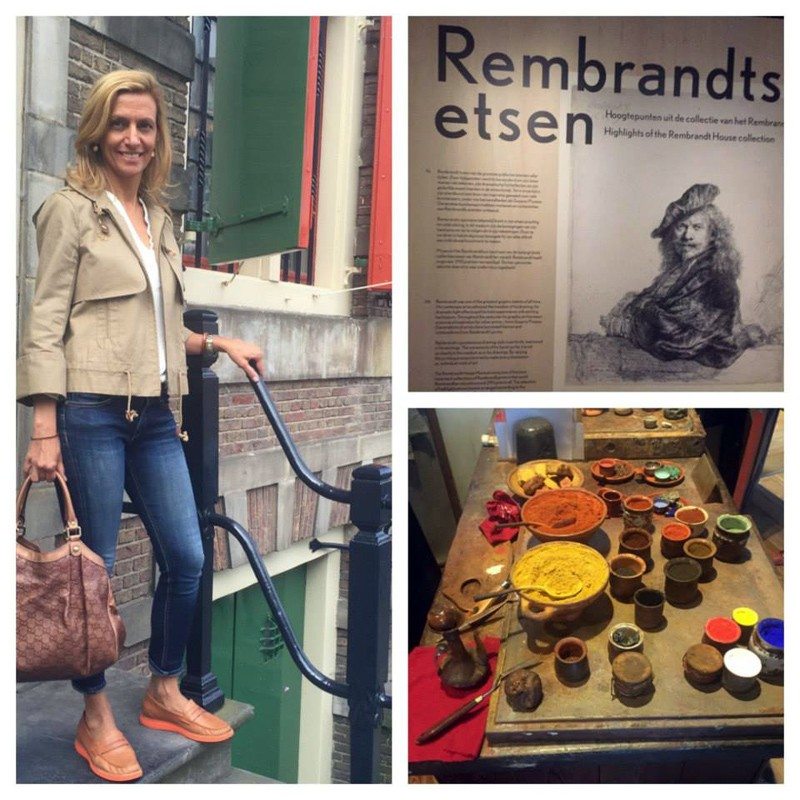