I hope everyone had a fantastic Fourth of July weekend. We had a low-key and relaxing weekend, which included a nice dinner and fireworks at a friend’s house on the Fourth, then shopping and dinner by the beach on Saturday, and going to the movies on Sunday.
On Saturday we decided to visit Abbot Kinney Blvd near Venice Beach as we hadn’t been there in a while and it is fast becoming one of the most fun and trendy streets in Los Angeles. First a little history that I didn’t know until I looked it up, is that Venice Beach was originally founded by a tobacco millionaire from New Jersey named Abbot Kinney in 1905. He was fascinated by the social and cultural heritage of Venice, Italy and he purchased a vast tract of marshland south of Santa Monica to build what he called “Venice of America”. He succeeded in his vision and crowds soon followed. As a result, the Ocean Front Walk Promenade was officially on the map. The area went through many changes throughout the years, and by the early 90’s it was becoming a haven for artists and Hollywood actors. In 1992, the name of the area’s main street, West Washington Blvd, was changed to Abbot Kinney Blvd. Ever since then, it has gradually becoming one of the “go to” destinations in the Los Angeles area. It has a great boho chic vibe with lots of trendy specialty boutiques, small street pop ups, unique art galleries, home decor and fabulous restaurants.
Since it was the “Fourth of July” weekend, I decided to wear my Kate jacket, which is white with navy and blue stripes and represents the colors known for this weekend. However, instead of adding red as my third color, I decided to go with orange, just to change things up a bit. I am wearing it with my white shorts, an orange crochet top and my wedge platforms.
How was your Fourth of July weekend?
Jacket – Jacket Society “Kate jacket”
Shorts – Club Monaco
Crochet camisole – Banana Republic
Wedge platform shoes – Charles David
Bag – Gucci
Sunglasses – Raybans 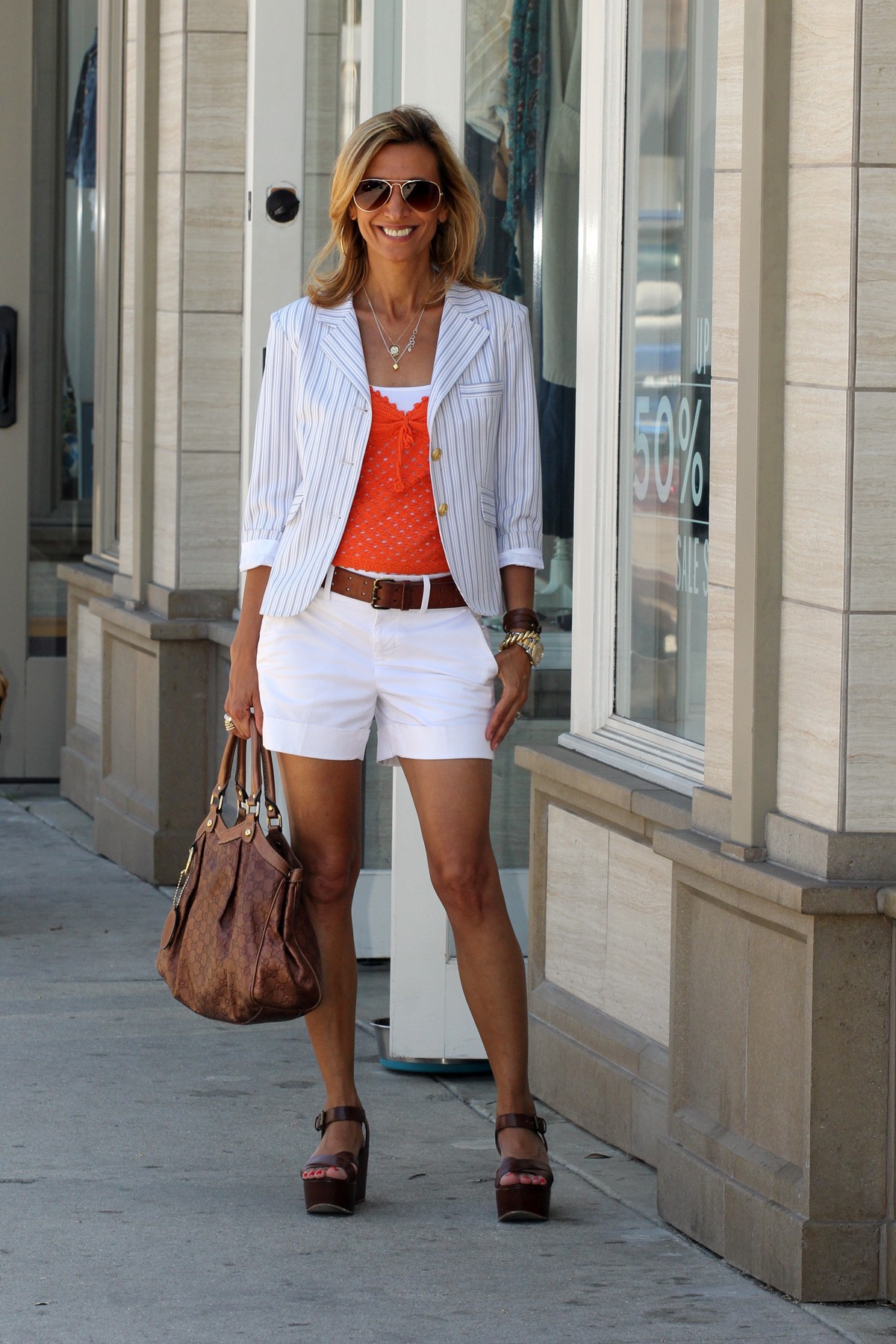 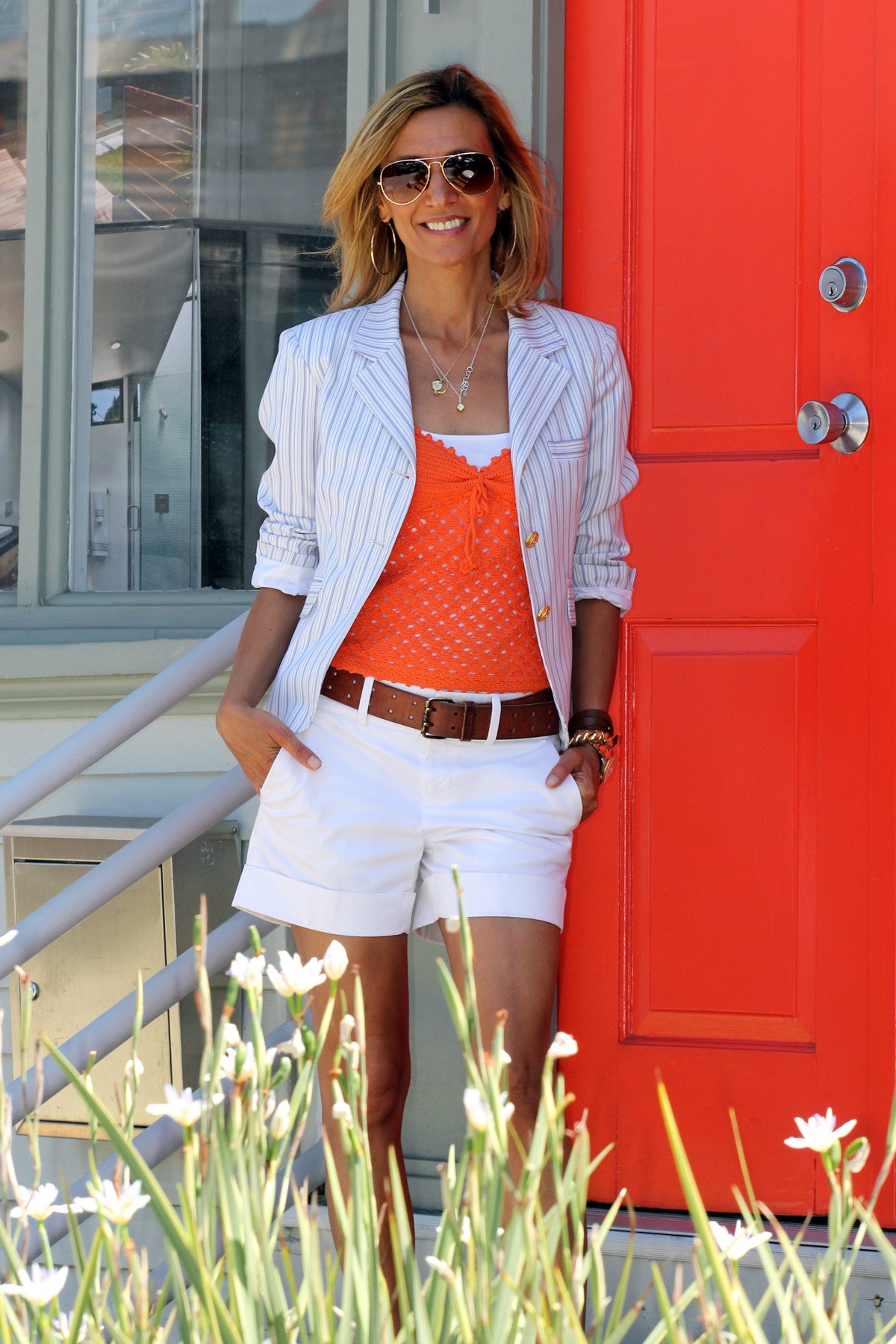 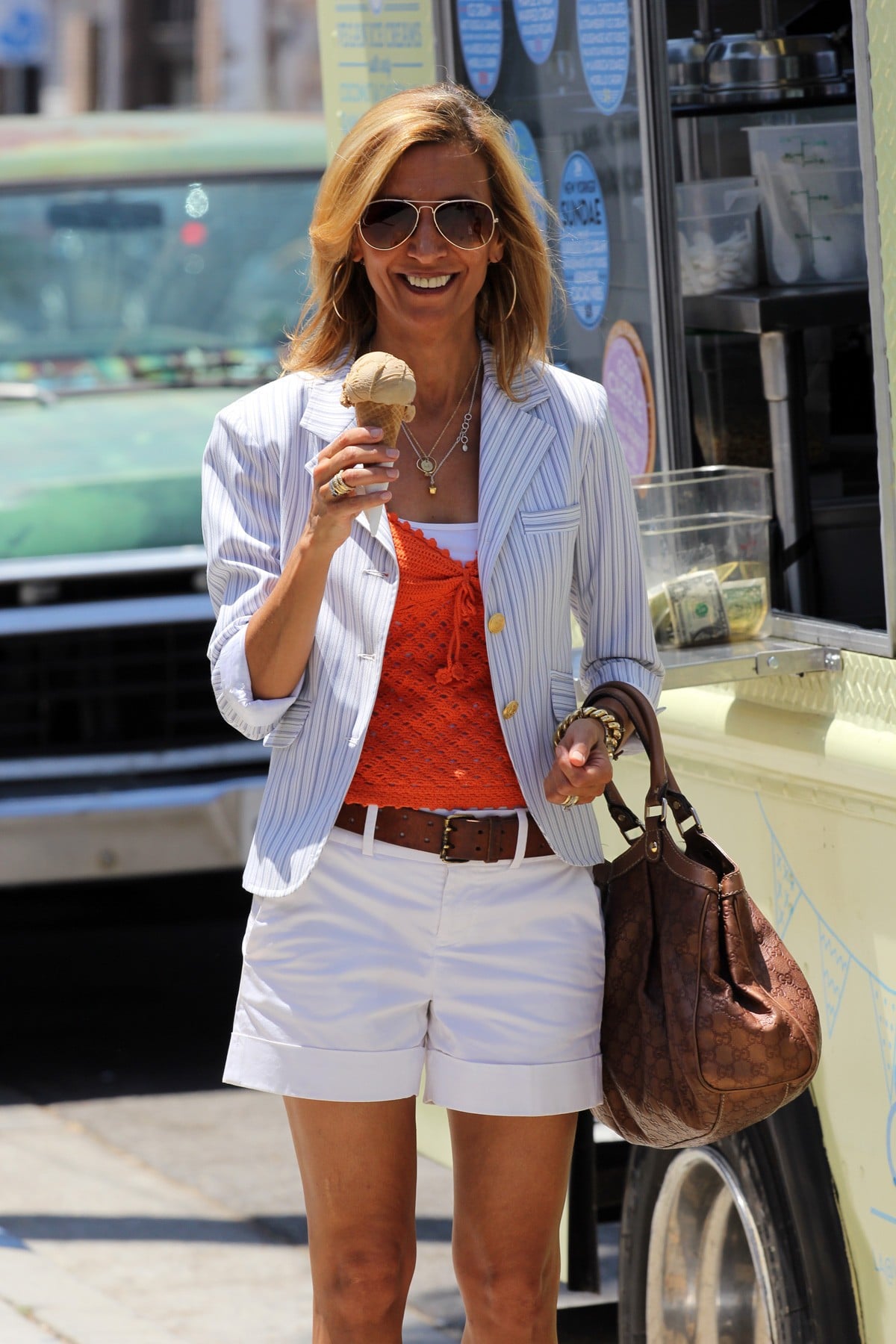 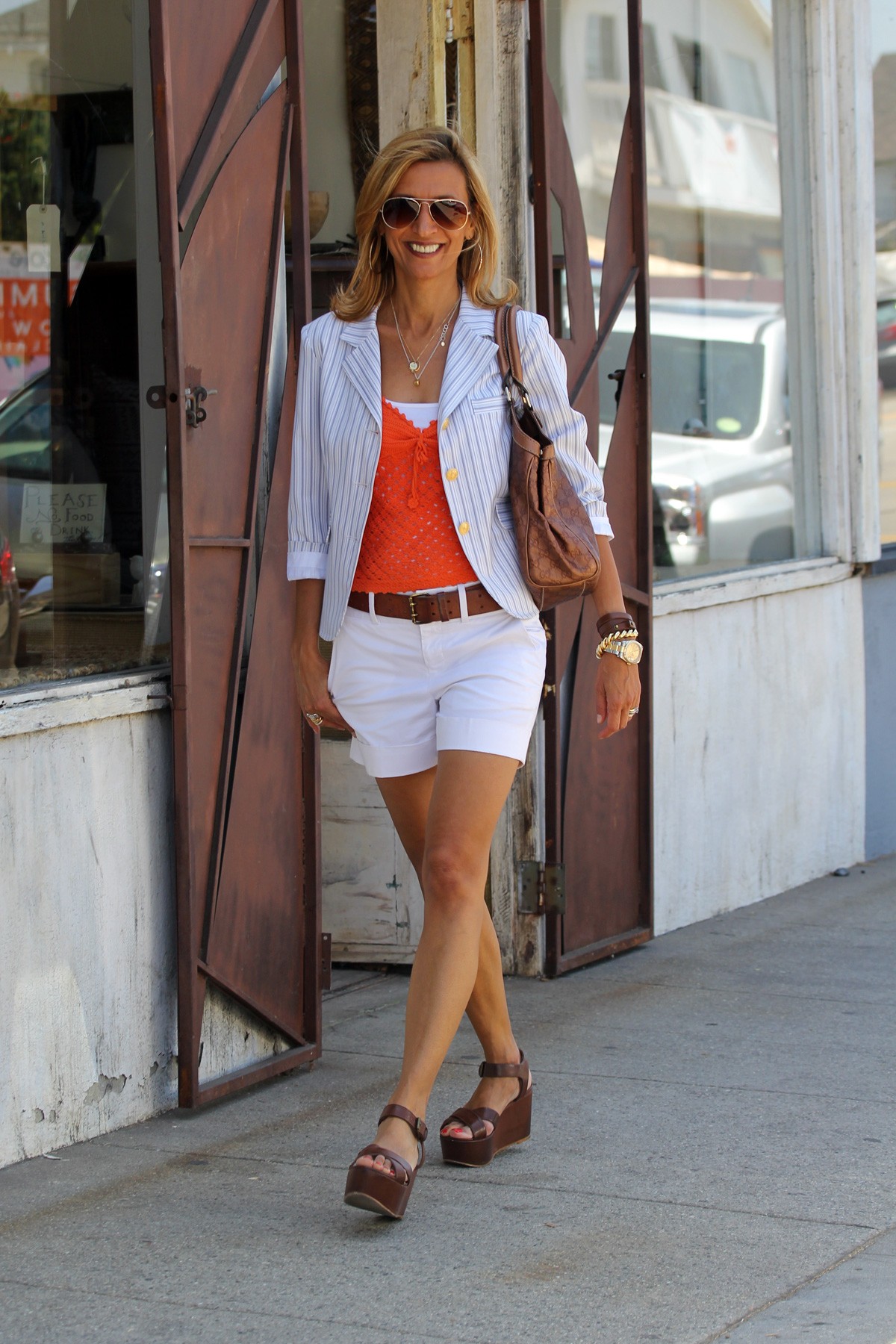 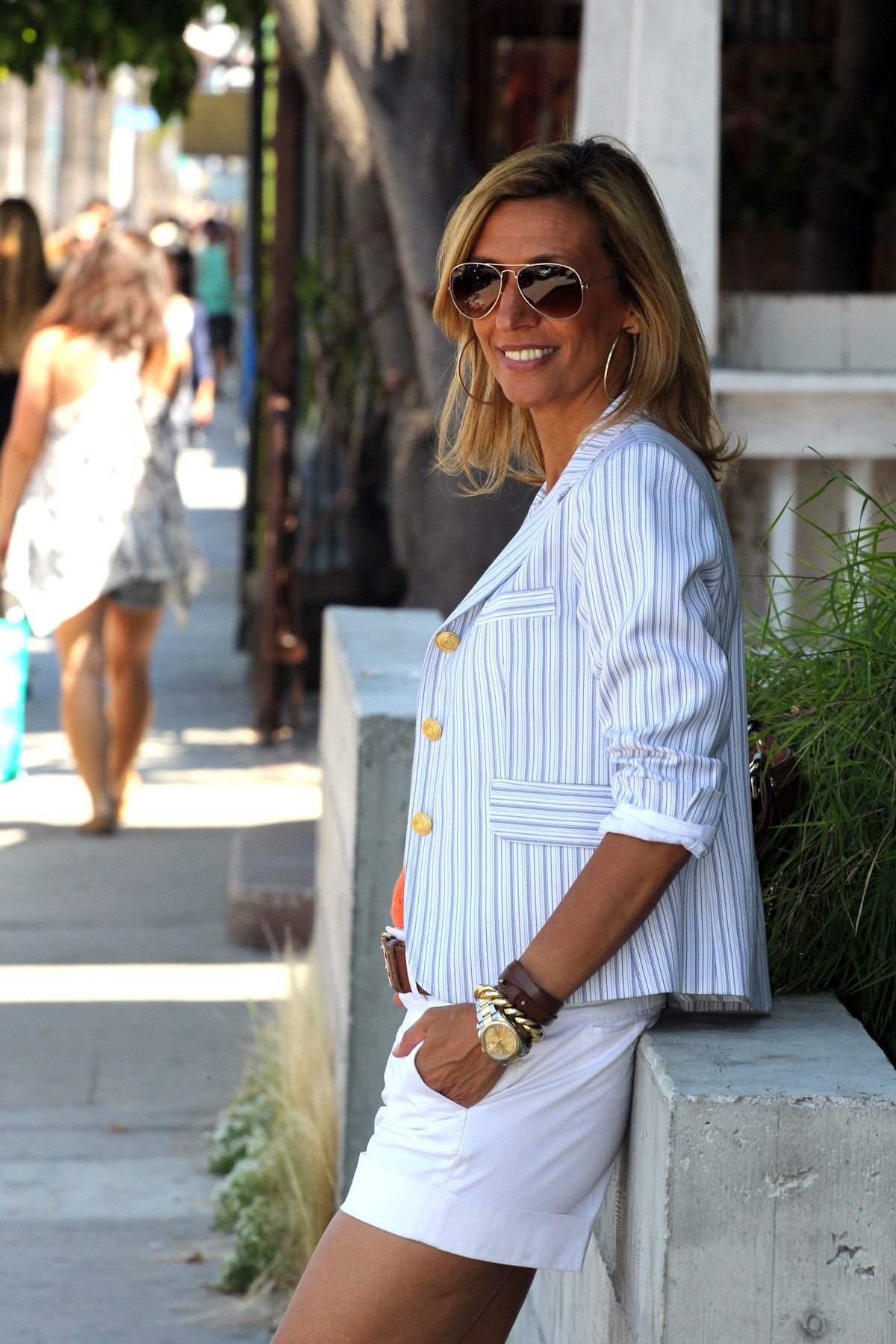 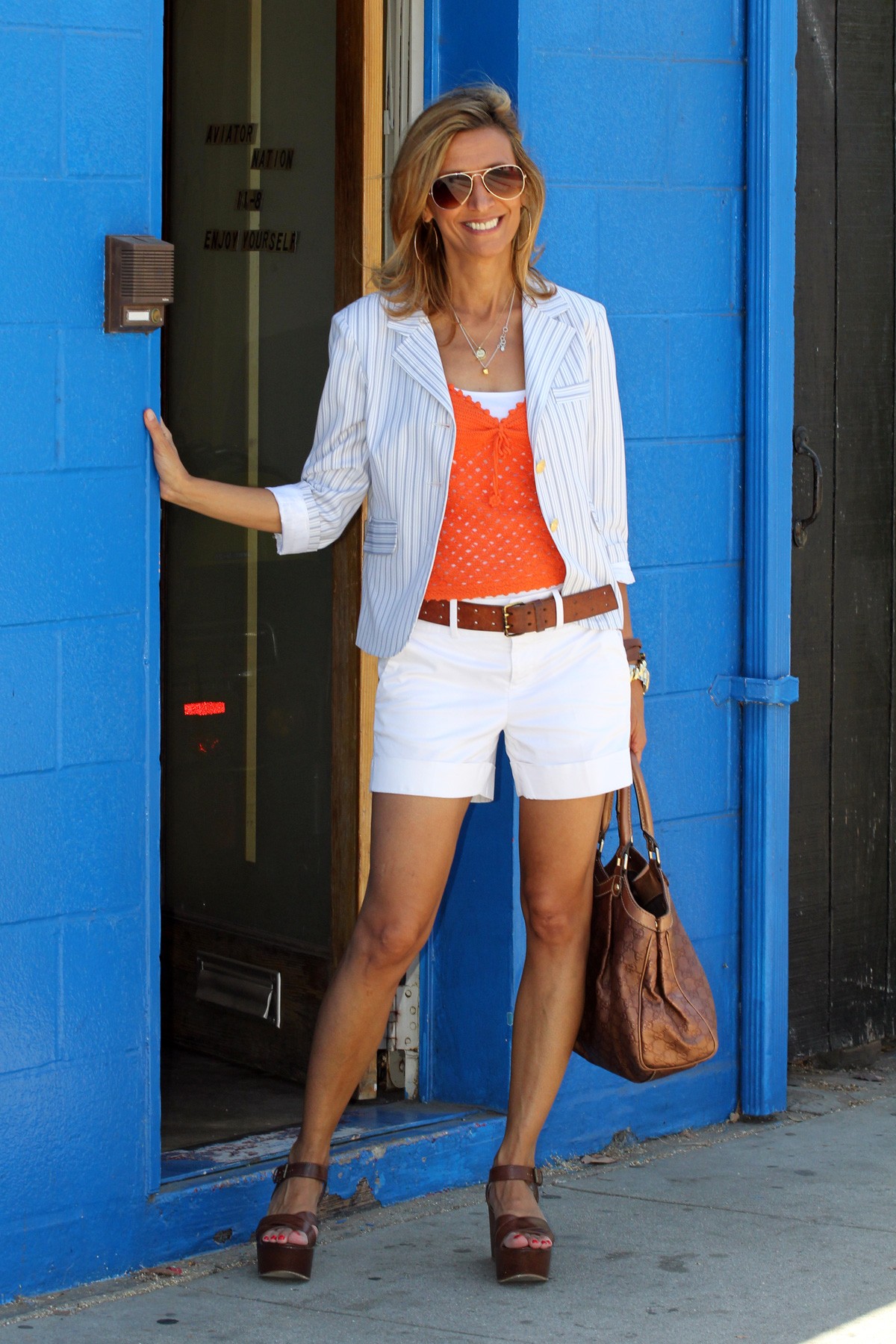 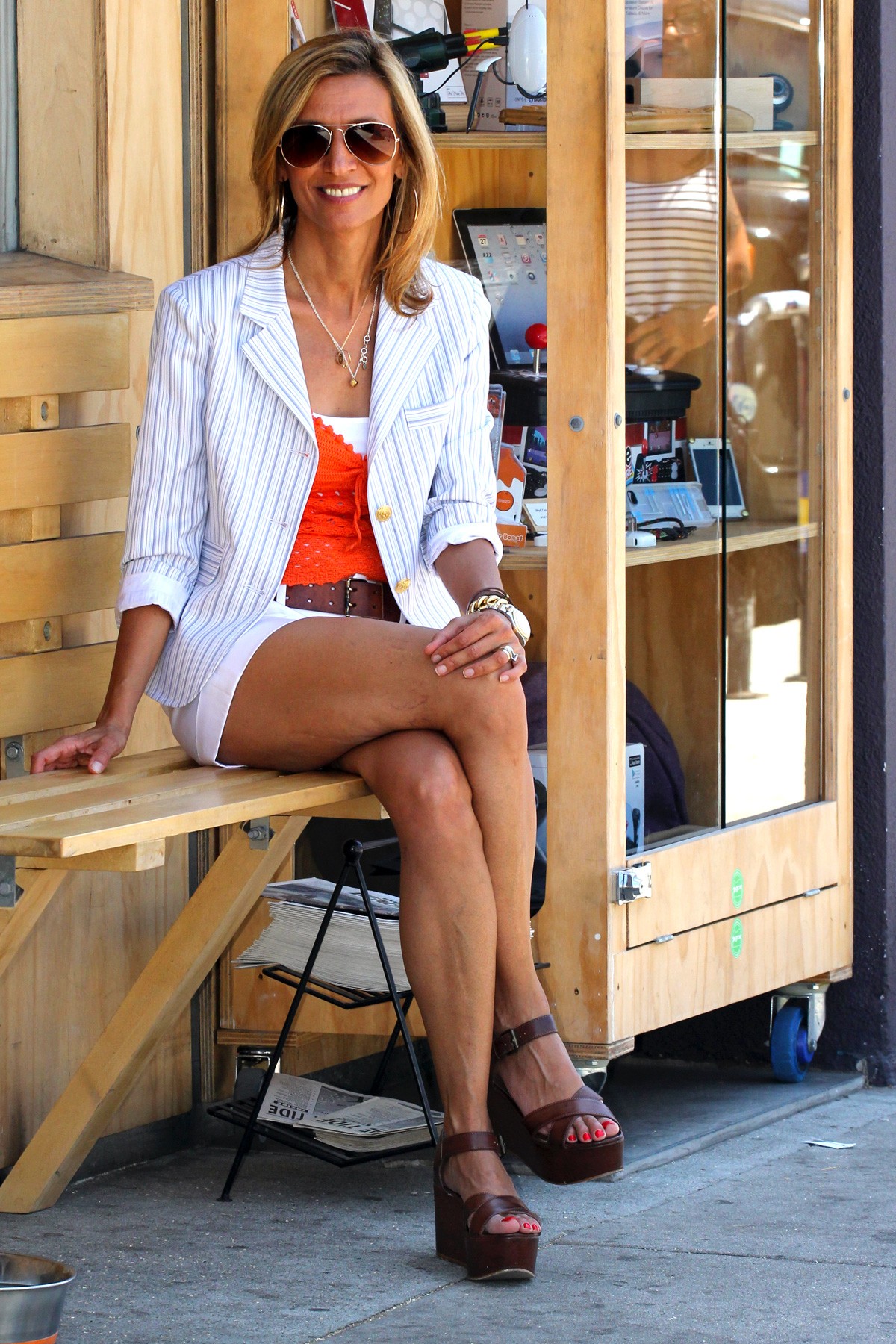 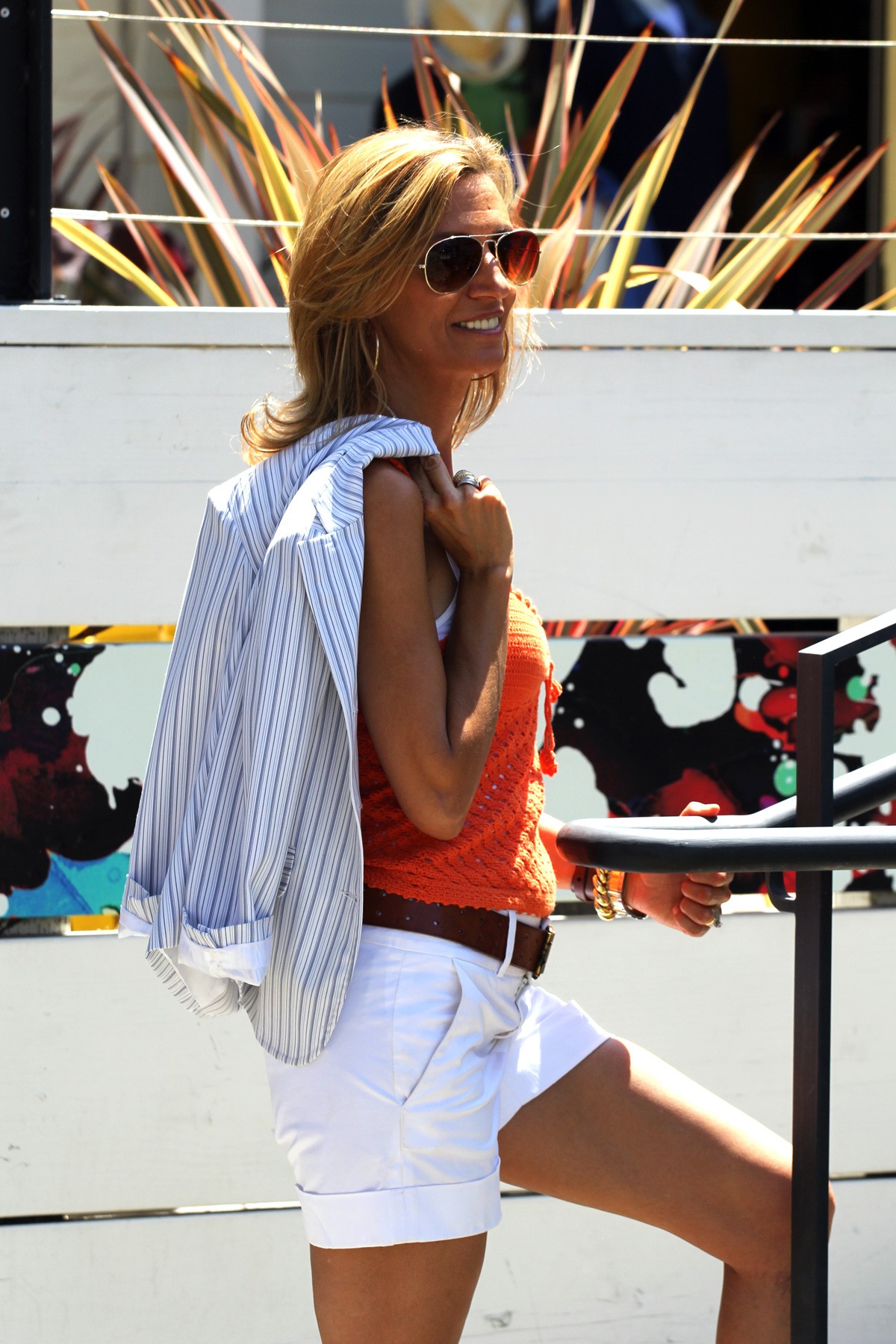