I hope everyone had a fabulous Labor Day weekend, we certainly did! With my son being away at college, we decided to take a few days off and head out to Palm Springs for our last attempt at getting some sun and well deserved end of summer R&R.
We have been to Palm Springs many times over the years as it is less than a two hour drive from Los Angeles. There are a lot of great classic hotels that have been seeing a resurgence recently, especially the smaller boutique hotels that still have that legendary Palm Springs resort feel to them. For this trip, we decided to stay at “The Parker” and we had an amazing experience enjoying this kind of Palm Springs “time capsule”. The Parker as it is commonly called has gone through many changes over the years. The hotel location was originally California’s first Holiday Inn in 1959 until Gene Autry purchased it in 1961 and renamed it the Melody Ranch /Autry Hotel and added many luxuries to the hotel including additional pools, restaurants and tennis courts.
In 1994, he sold the resort to his hotel director Rose Narva who then changed the site into an ornate French décor hotel inspired by Breakfast at Tiffany’s fashion designer Hubert de Givenchy and it was re-named The Givenchy Hotel and Spa. For several years after the sale, Gene Autry and his wife continued to live on the property in a large private home located at the back of the property. The house is still part of the property today and is rented out as one of the hotels suites. In 1998 the hotel was purchased by Merv Griffin who then named it The Merv Griffin Resort Hotel and Givenchy Spa and it quickly became a hot spot for Hollywood celebrities again. Fast forward to 2003 and it was purchased again this time by hotelier Jack Parker, who hired designer Jonathan Adler to completely redesign the space.
After a $27 million facelift, the property reopened in 2004 under the name Le Parker Meridien or the Parker Palm Springs as it is also known. This hotel has a classic era resort feel to it, I love the eclectic décor using mid-century modern furniture combined with art and global pop culture artifacts which are a signature look for Jonathan Adler.
With the temperatures being as hot as they were we were mostly in our bathing suits and by the pool, but I wanted to show you this soft wrap jacket as a resort look. I bought this soft kimono wrap jacket at the beginning of summer but didn’t have a chance to wear it until now. I love the shape and design and how it drapes so beautifully over anything you wear it with. I chose to wear it with my simple black spaghetti strap dress because I love how the two soft shapes combine together. The colors being black and grey I wanted to add a pop of color, hence my red clutch.
I know kimono wrap jackets were a big trend this summer so what about you, did you get one?
Kimono jacket – Forever 21
Dress – Feather and Bone
Shoes – Trouve’
Clutch – BCBG
Sunglasses – BCBG 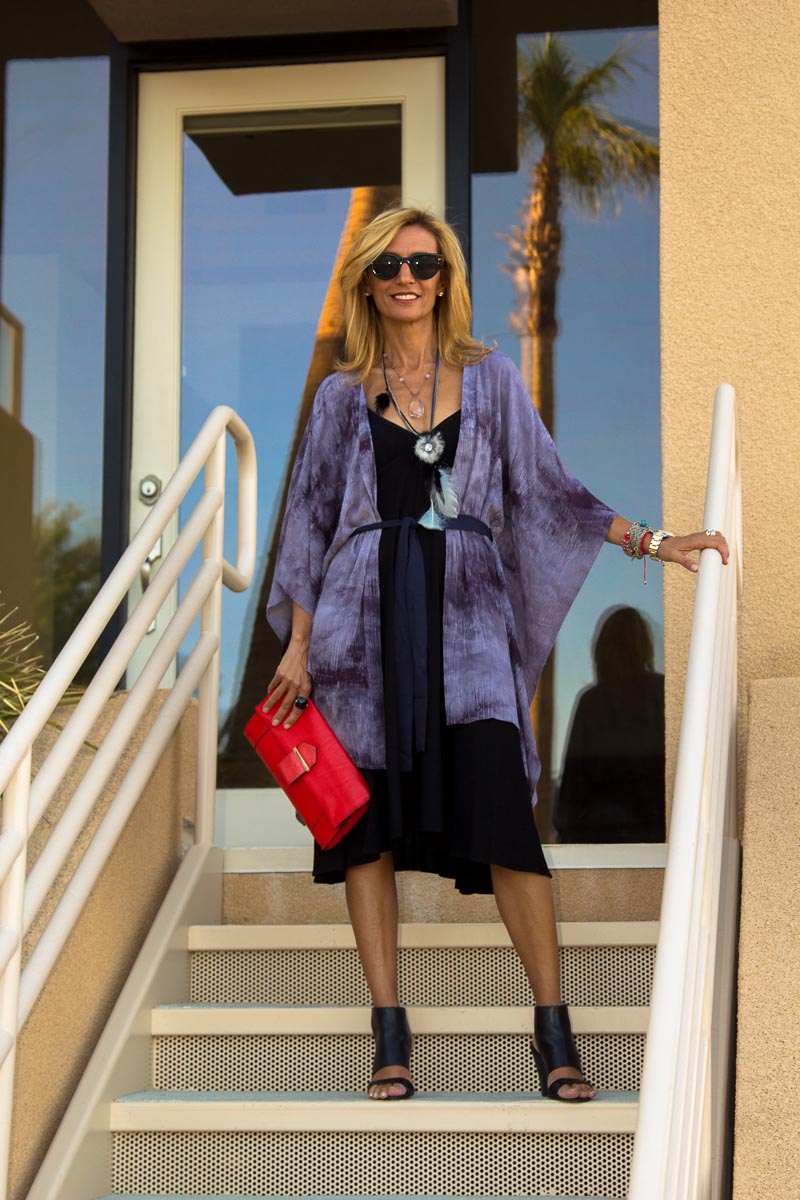 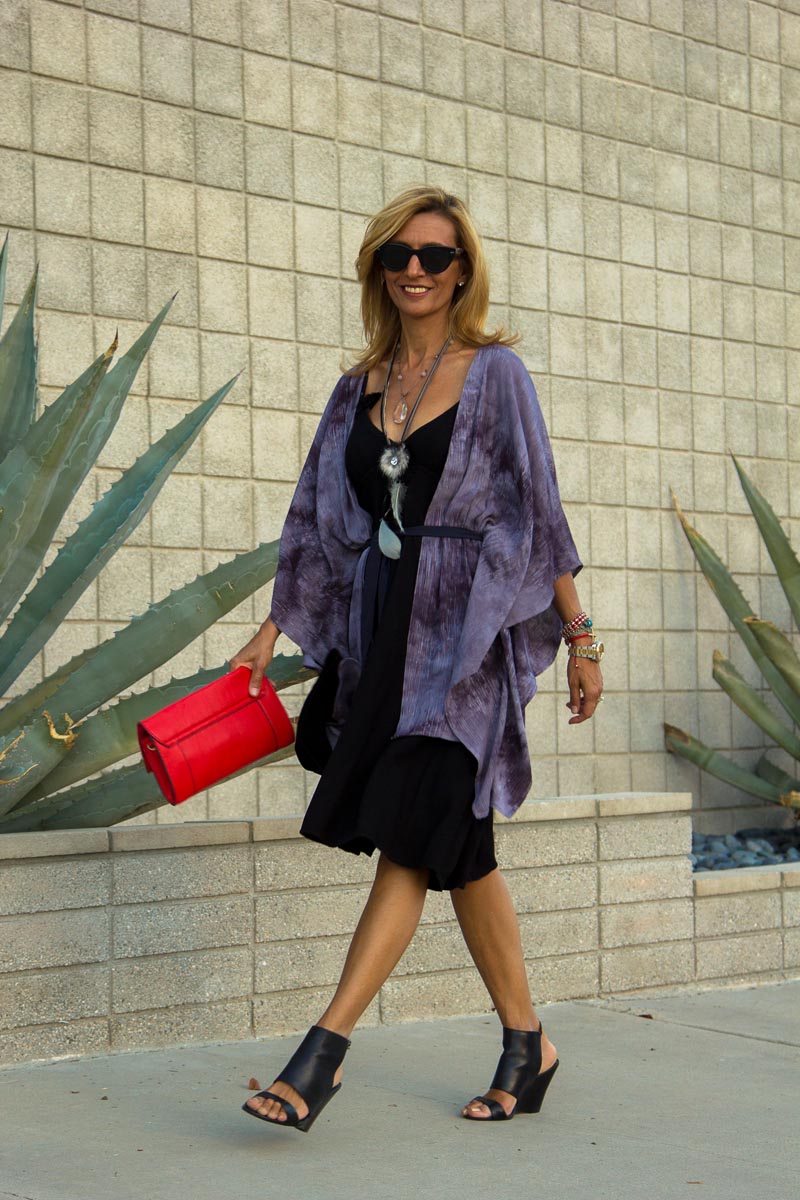 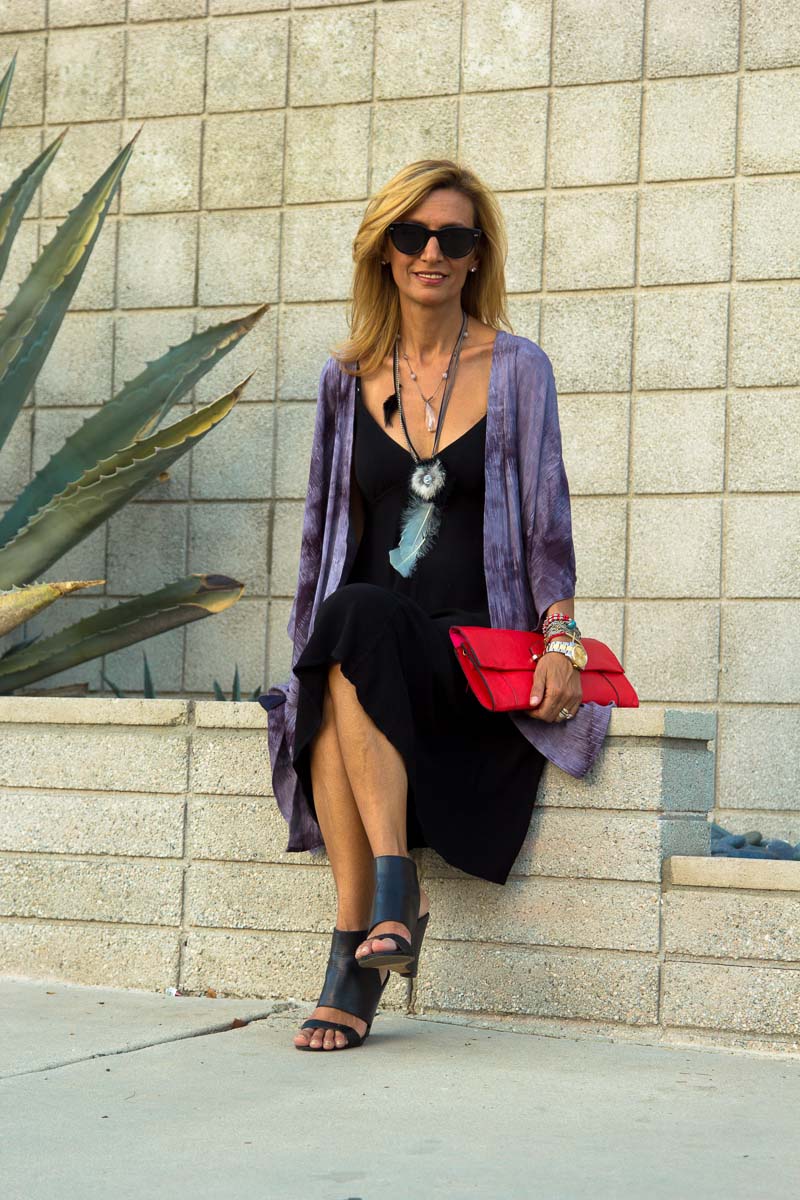 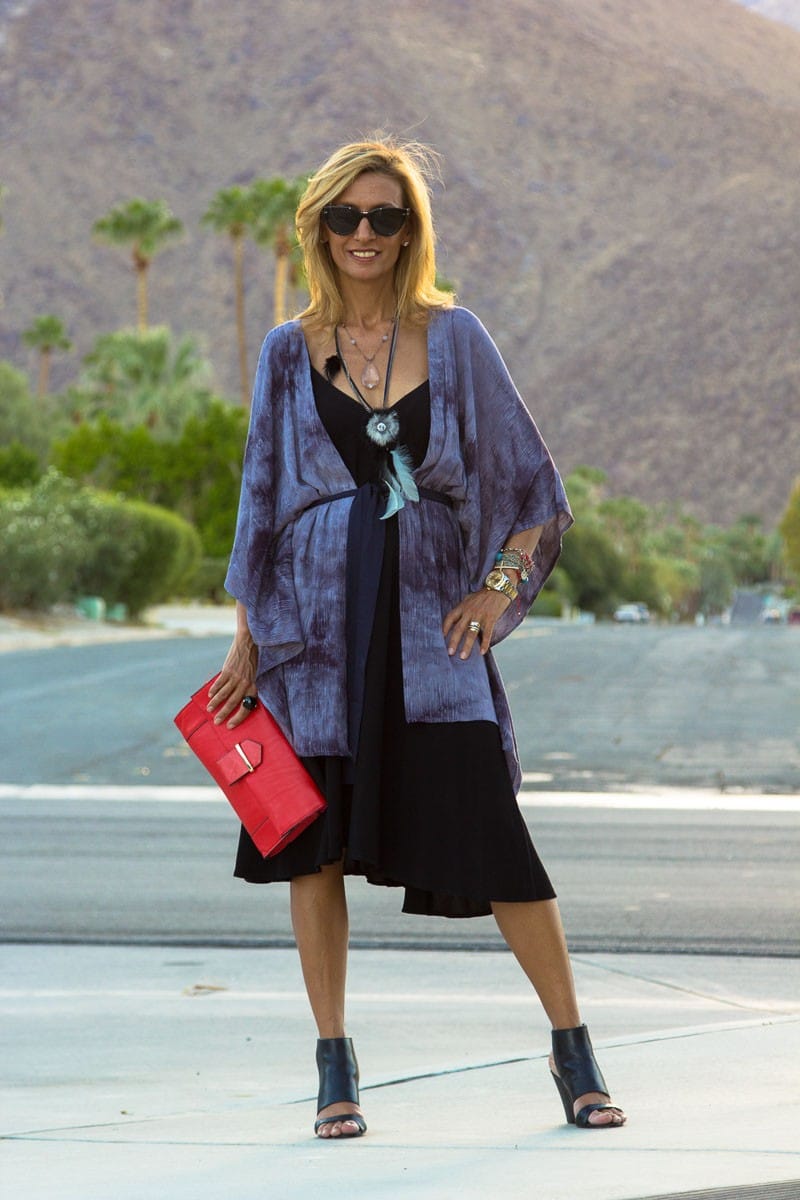 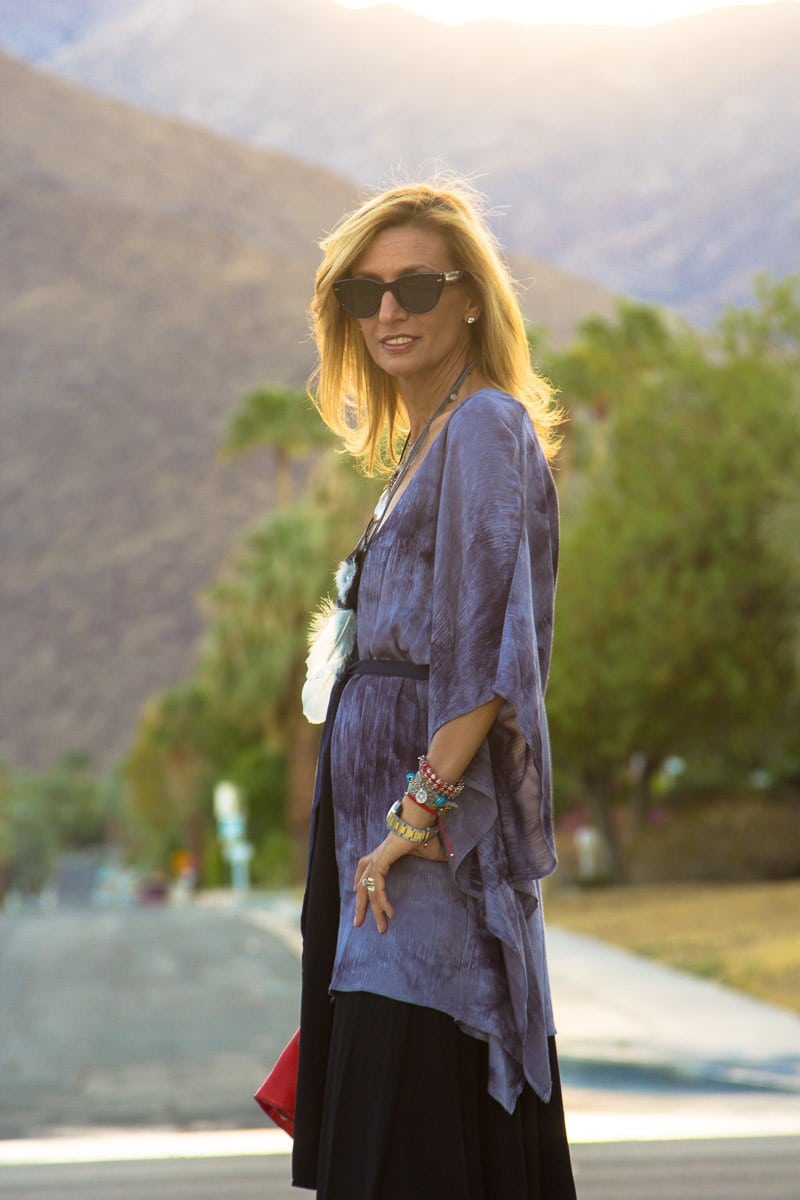 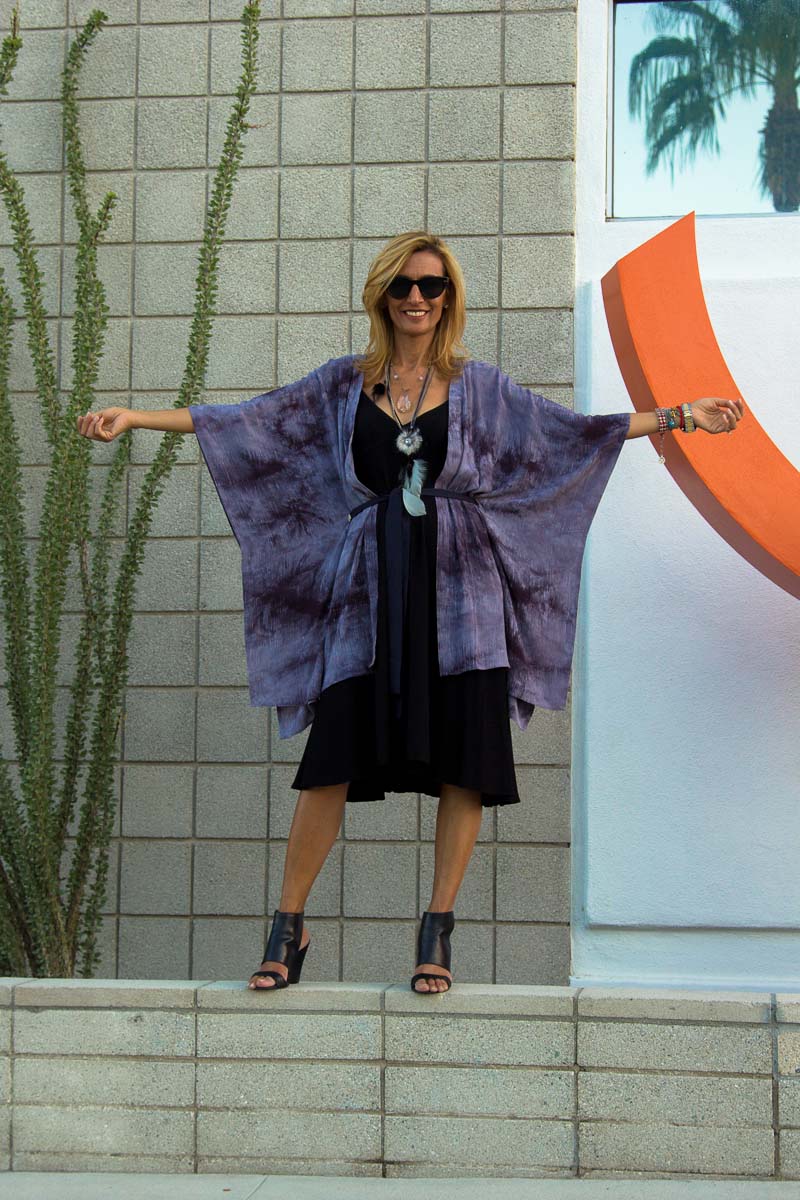 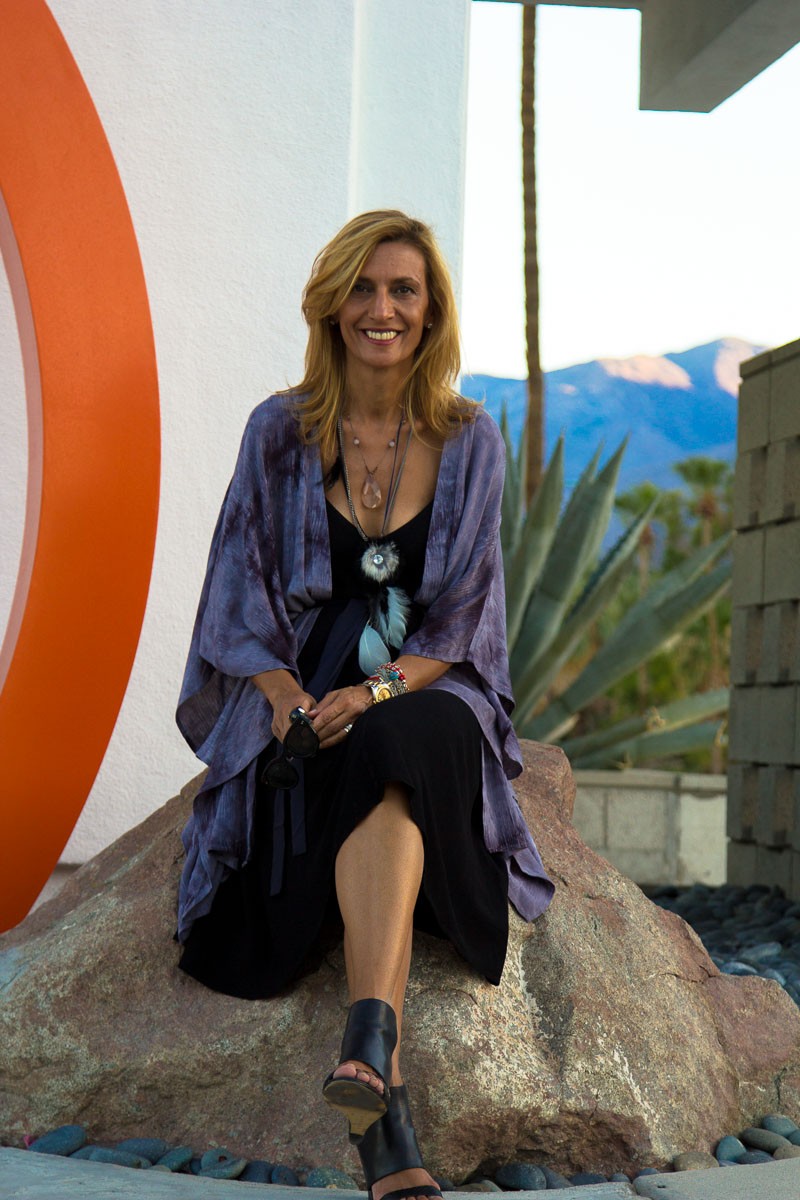 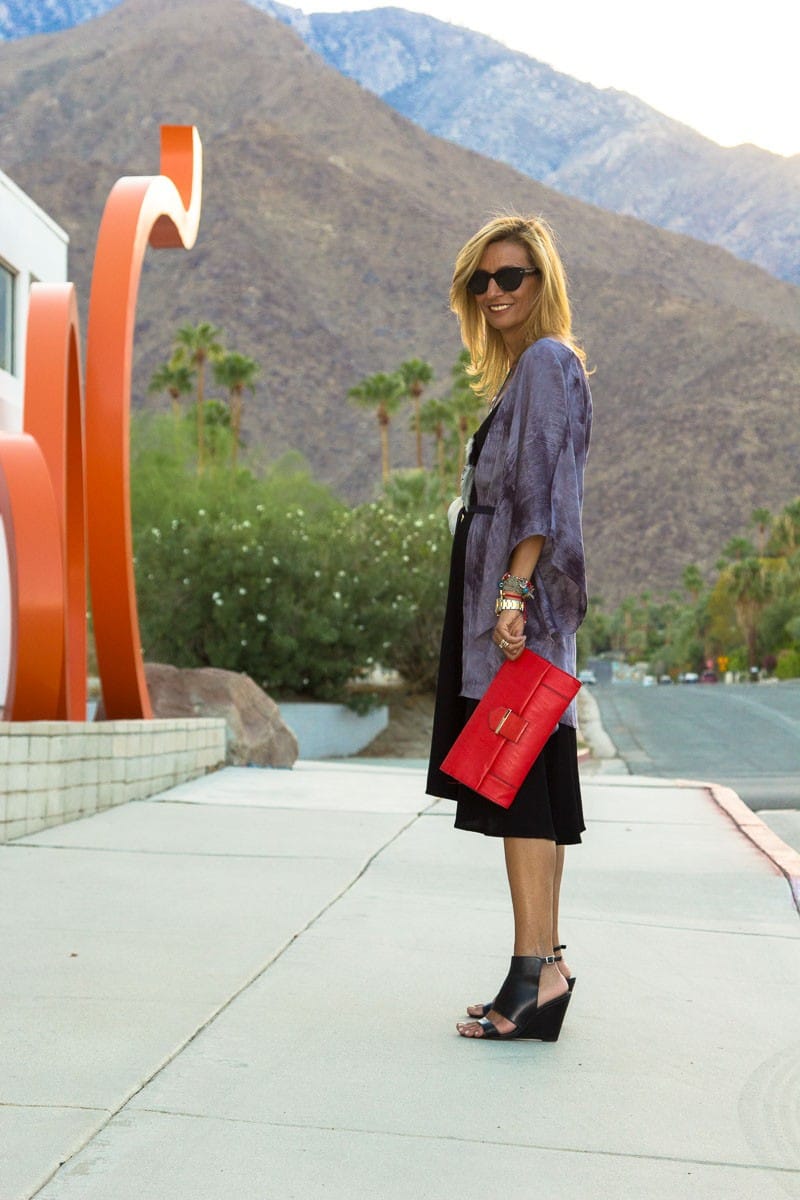 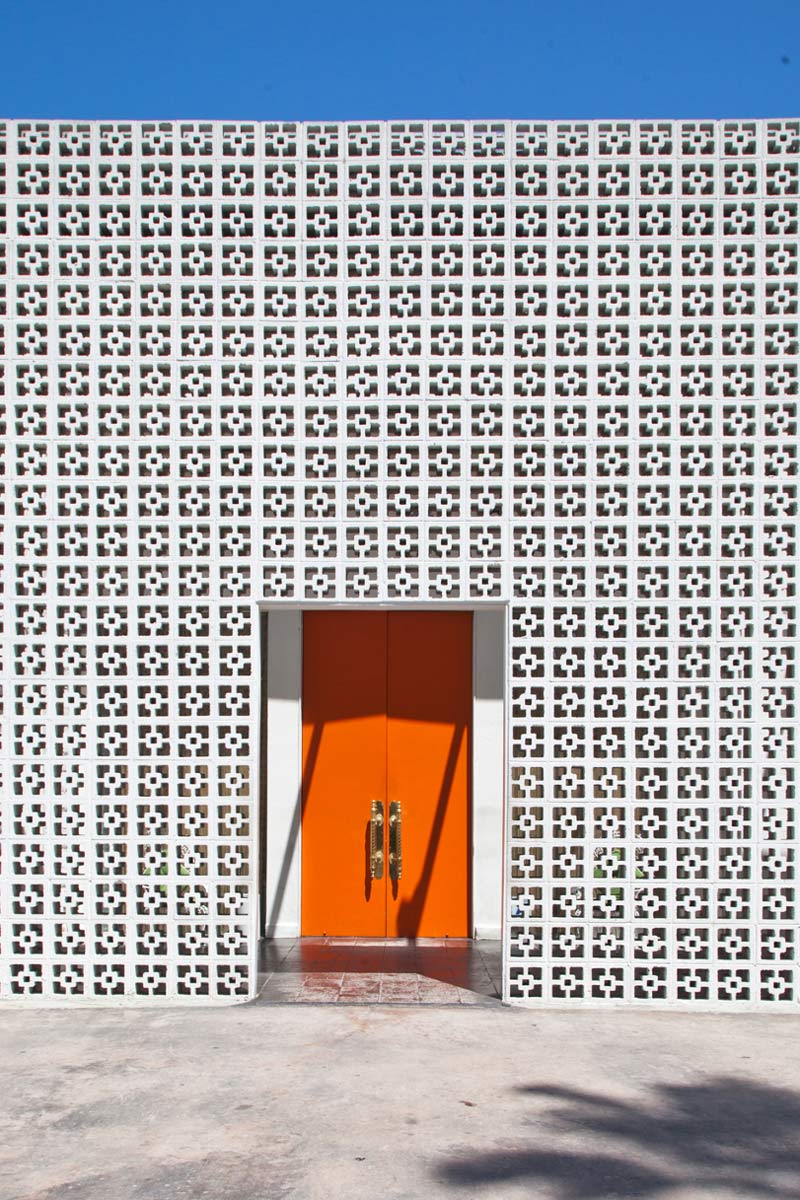 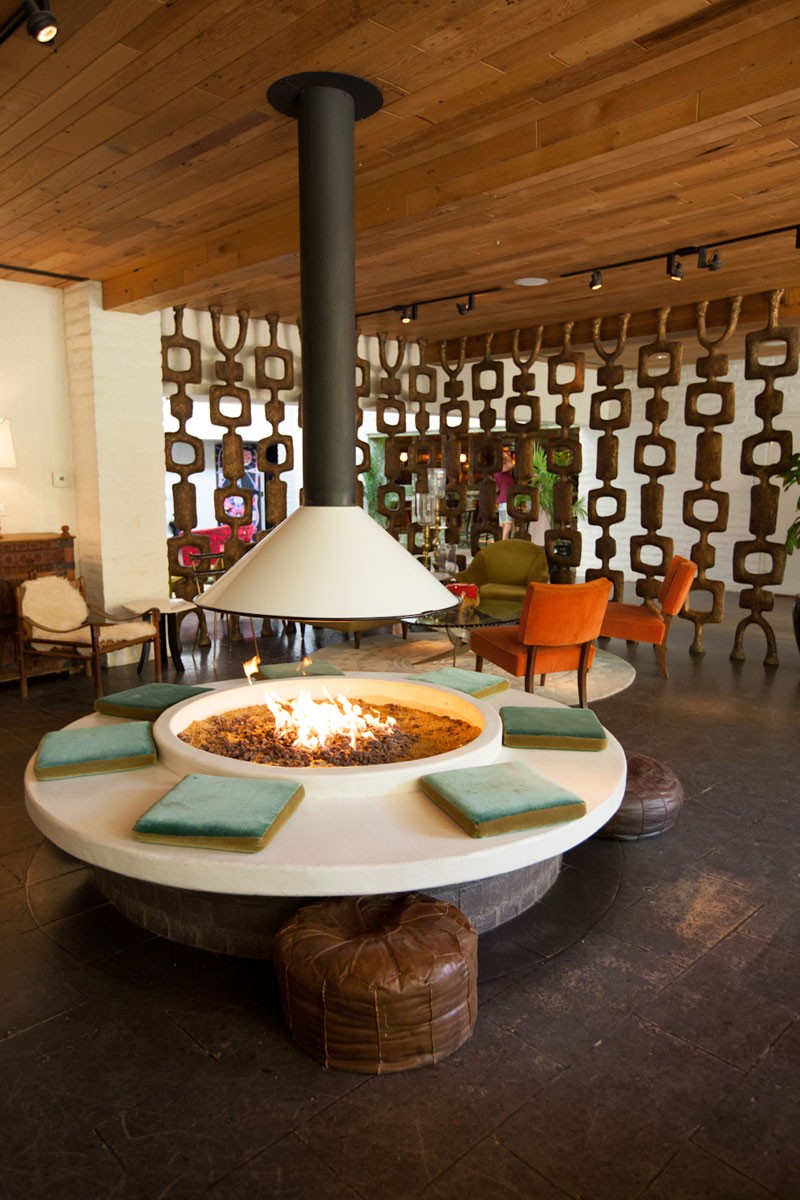 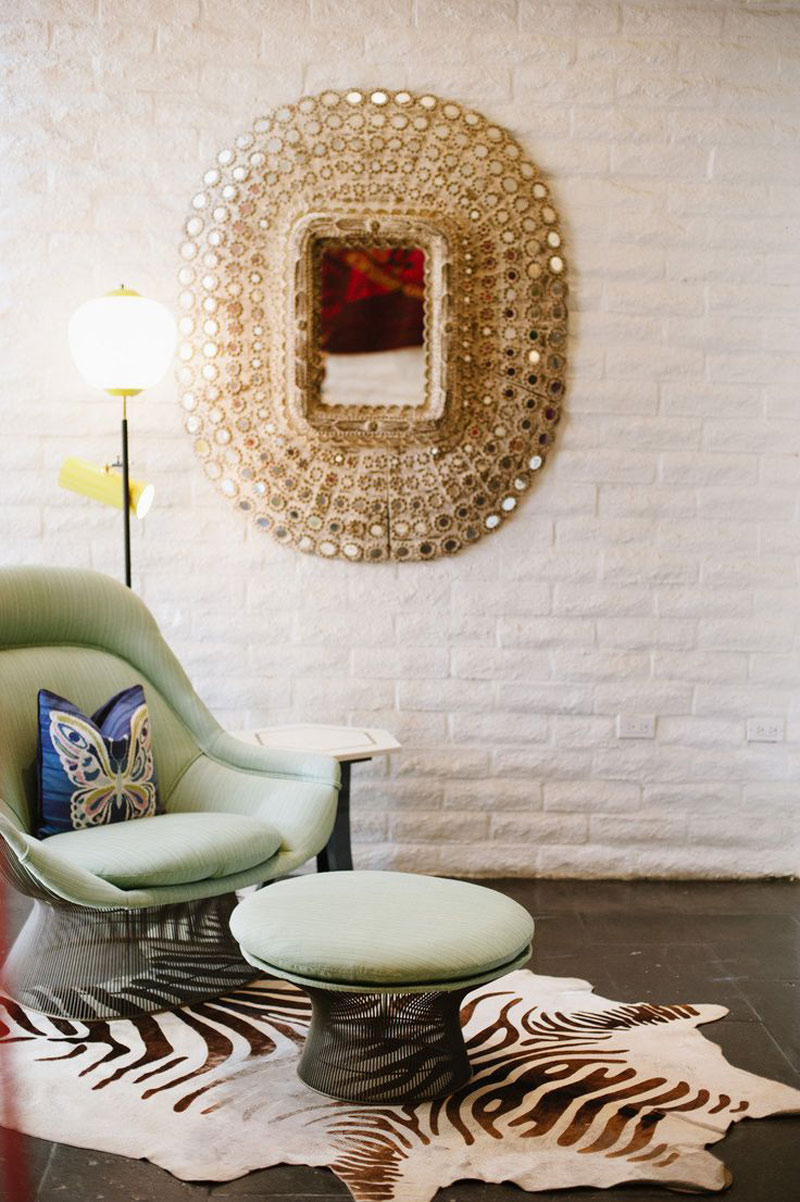 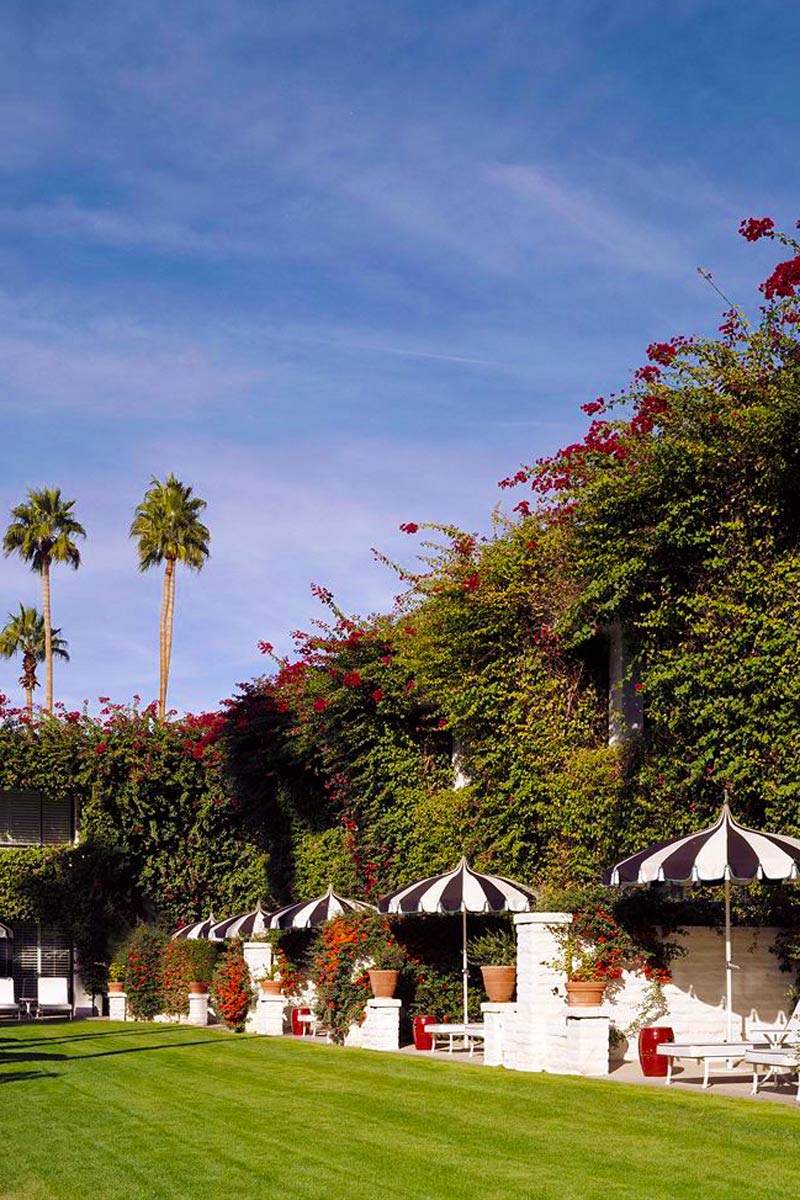